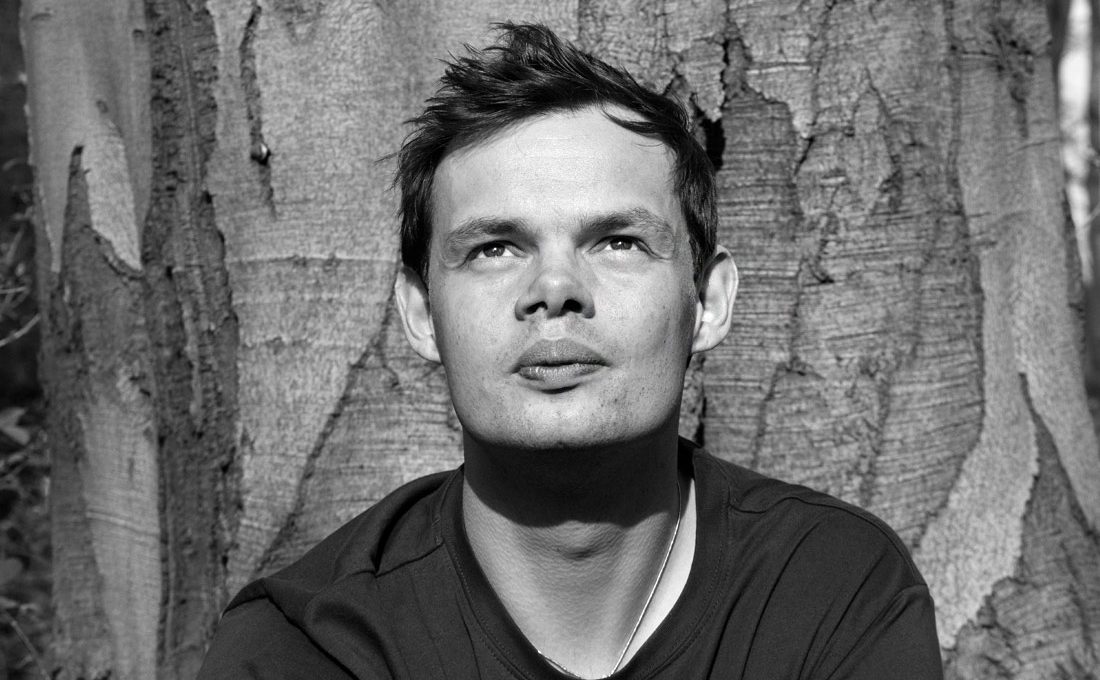 Scentury’s Helder Suffenplan met with artist Ingo Mittelstaedt at the Berlin Botanical Gardens for a perfume blindtasting, surrounded by budding shrubs and magnolia trees in full bloom. Ingo Mittelstaedt was born in East Berlin in the former GDR — 11 years before the fall of the Berlin Wall. Through his painterly articulation of the photographic image, his works allude to classical modernist painting and its self-referential preoccupation with color, surface, and line. Ingo has been awarded with numerous awards and scholarships and his works have been featured in exhibitions around the world. 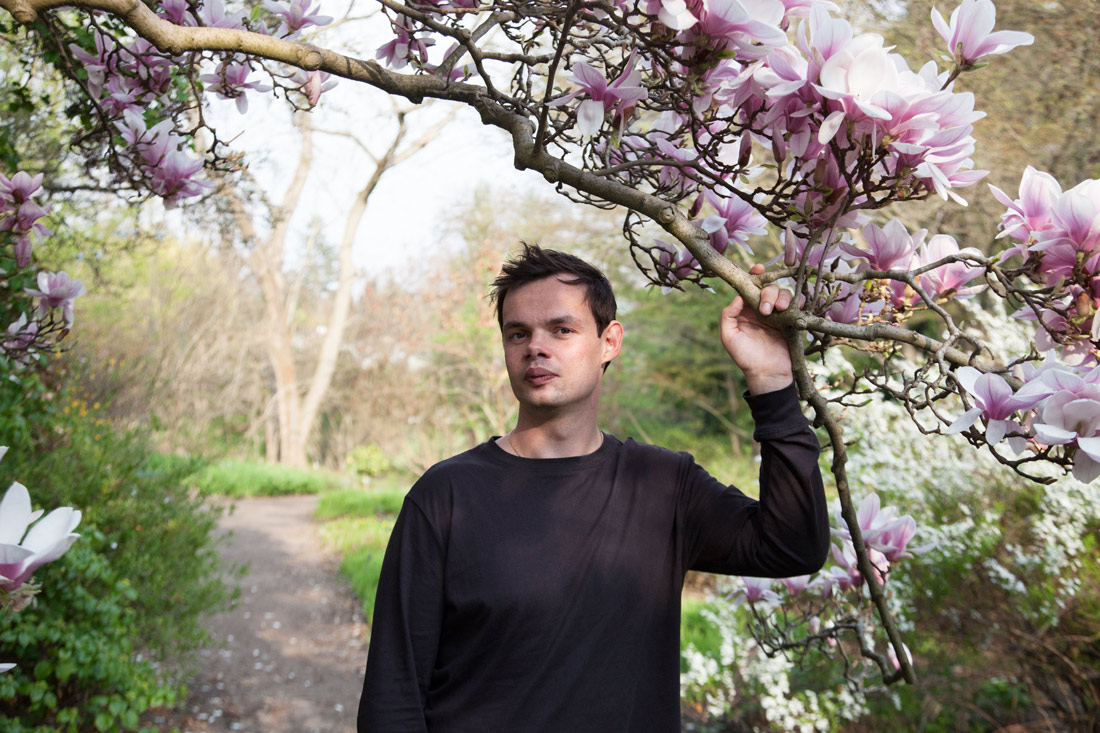 We confronted Ingo Mittelstaedt with a mystery perfume in a neutral, opaque vaporizer. Only afterwards did we reveal the name of the scent. Follow Ingo on his journey into scent …

A white shirt comes to mind: a classic shirt made of heavy cotton, dazzling white, and freshly starched. Inside it is a man in his mid 40s. He looks neat as a pin, proper, structured, and almost prim. And this impression is one he consciously strives to make. It is a role that he assumes at certain moments, but equally likes to abandon at others.

I see him in Denmark, in a modern house dating from the early 70s. The house stands in a forest near Copenhagen. He is the man who built this house. He is an architect. Many Copenhageners have a house like this outside the city, which they use not only now and then as a weekend retreat but also throughout the whole summer. I lived for a while in Denmark when I was sixteen.

In Scandinavia, the Modern style was mellower than in the rest of the world. That is why the house doesn’t feel cool or clinical, despite all the glass, and white and gray walls. Transparency is a primary feature there, but only to a certain degree. The hardwood floors bring the hues of the forest into its interior.

This perfume is the scent one notices when stepping into the bathroom of this house. It reminds me of soap. Not only of the smell of soap, however, but also and especially of its consistency. And likewise of the moment when one picks up a bar of soap and holds it under running water—the moment when its aggregate state changes, when something solid yields and turns fluid. This fragrance has both: cleanliness, freshness, and functionality—as soda or baking powder do—as well as a hint of something very soft and malleable. 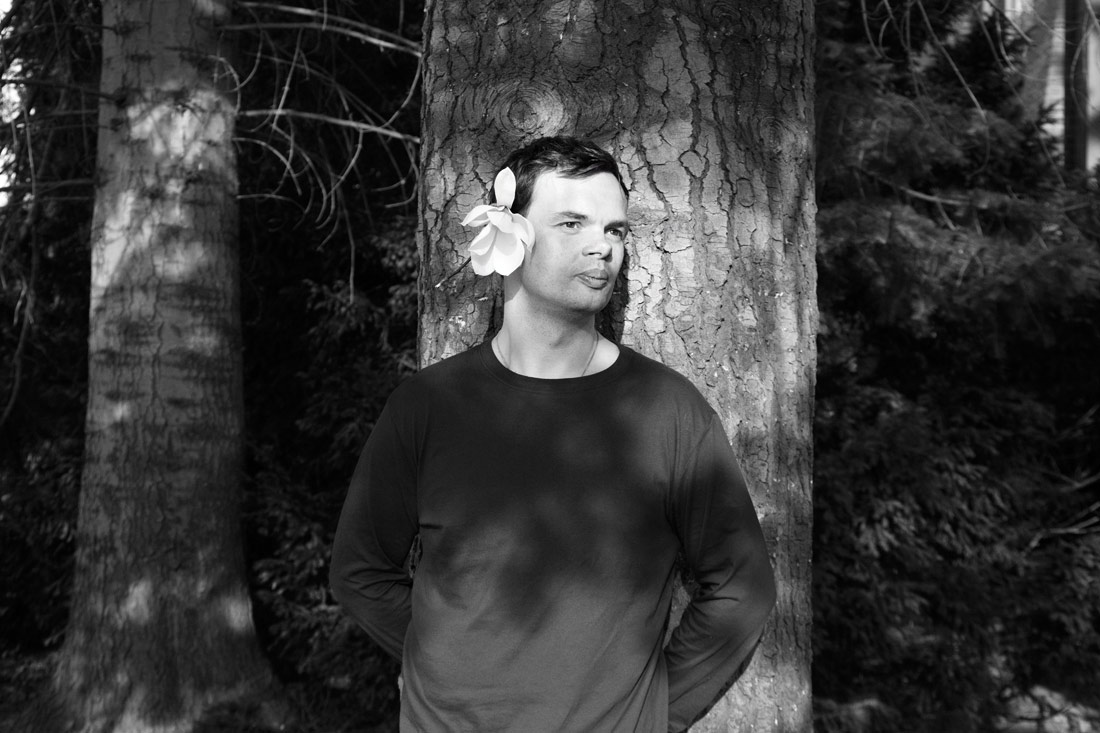 “Smells and fragrances had never been a big issue in the GDR.”

SCENTURY: Was perfume used in your family circle?

Ingo Mittelstaedt: I grew up in East Germany. My father had a very successful career there as a photographer and was consequently permitted to travel a lot. I have no precise memory of him bringing home perfume for my mother but I’m pretty certain he did.

SC: What smells can you still recall from your childhood?

IM: There was the soap called Lux from West Germany. It was a highly coveted product. We lived in East Berlin but my grandma regularly traveled to the city’s western sector—elderly people were allowed in and out at the time—and she used to bring the soap back with her. A bar of it was kept in the linen cupboard too, to keep our sheets and towels smelling fresh.

SC: Did soaps in the GDR actually smell differently than those from the West?

IM: They certainly did. I have the impression that GDR products had no scent at all, or a very faint one. But we probably didn’t use GDR soap at home, although of course it was used at my school. In my memory at least, the odor of functionalism pervaded it—nothing particularly attractive or pleasant.

SC: Did the fall of the Berlin Wall change your olfactory world?

IM: I remember that smells and fragrances had previously never been a big issue. Then I went for the very first time to a department store in West Berlin and found the huge assortment there overwhelming: a great hodgepodge of lots of different scents and visual stimuli.

SC: How did you feel about that?

IM: It was a very intense experience of course. But worst of all at the time, for me, was going to a department store with my mother. The perfume department was always our first stop. And my dad somehow managed to slip off beforehand [laughs]. For me it was pure torture and had a major and long-lasting impact on how I felt about perfume.

“I enjoy it when functional products have a good scent”

SC: Is there any particular smell that still imbues your memories of a youth in the GDR?

IM: The smell of a Grilletta. That was a meatball in a bread roll, East Berlin’s equivalent of a hamburger. Culinary odors are the most fascinating of all, in my opinion — and the best odors on earth, when the food is good.

SC: You’ve something specific in mind?

IM: Yes, I recently went for a Chinese meal with friends in London. I had never before eaten really well in a Chinese restaurant and so I didn’t have high expectations. The place we went to looked like a dump, too, but it was packed full of Chinese and London’s hipsters. The food actually turned out to be fantastic: a case of total immersion in a feast for the nose, eye, and palette.

SC: What is the worst smell of all you can imagine?

SC: Sometimes, in that interim phase just before falling asleep, a smell I find very unpleasant crops up. I can hardly describe it. But it’s as similarly distasteful as when one crumbles the leaves and flowers of a geranium between ones fingers.

SC: Do you regularly use perfume?

SC: Do you even own any perfumes?

IM: No, actually not. But I enjoy it when functional products have a good scent: a shower gel, for example, or soap.

SC: If you had a chance to have a master perfumer develop a fragrance especially for you—would it perhaps persuade you to use a perfume?

IM: I’d probably ask him to develop something I could make a gift of. I’d find it easier to think about someone other than myself while developing a scent. 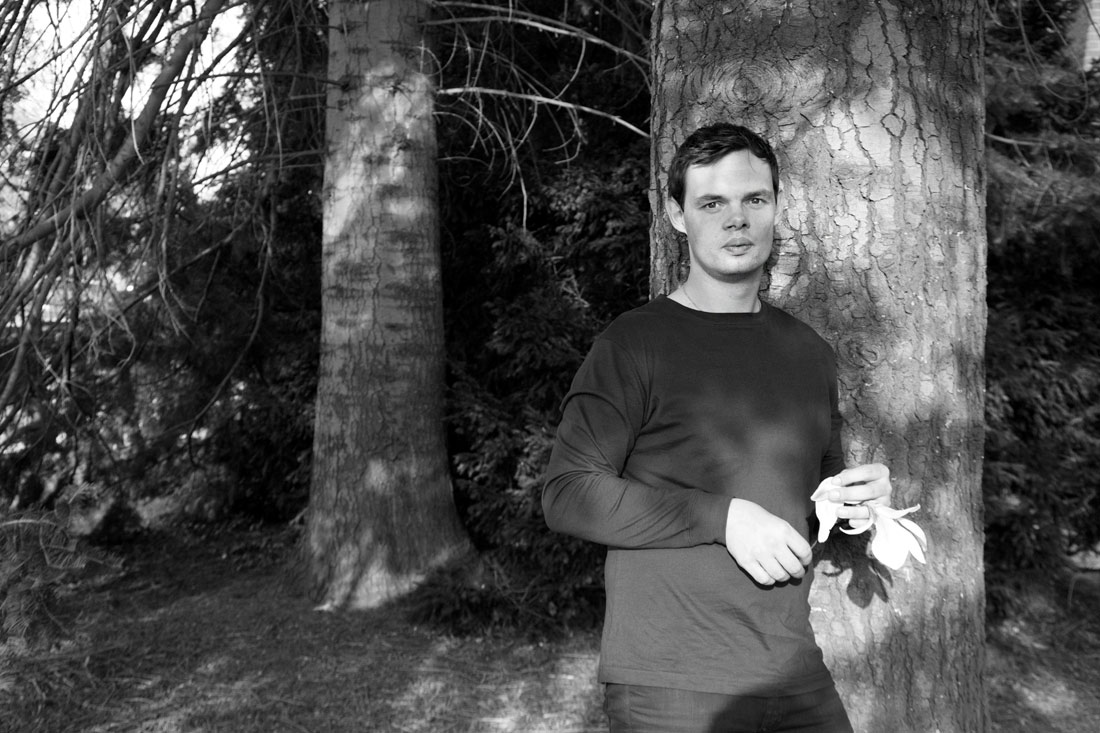 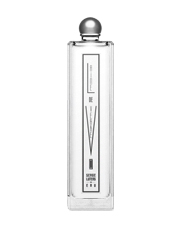