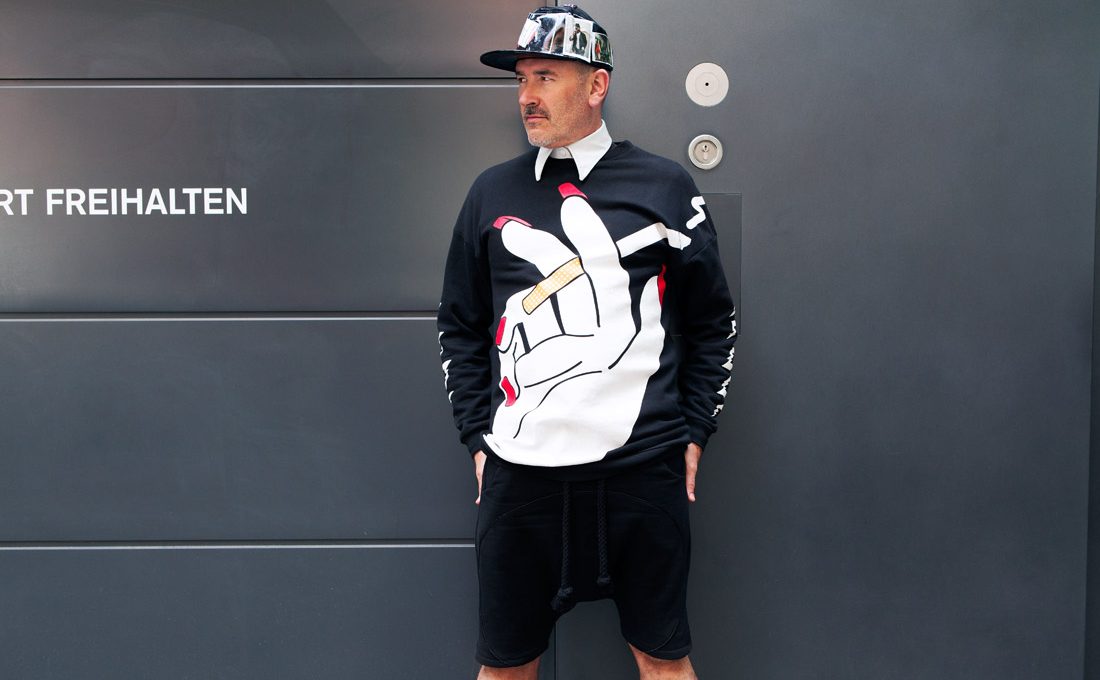 Larry Tee has been credited as “a hipster before there were hipsters,” and “the man who made Williamsburg cool again.” He coined the musical genre term electroclash and helped launch the careers of such diverse artists as Scissor Sisters, Fischerspooner, and Peaches. A notable party impresario at the Limelight during New York’s glory days, he wrote the anthem that made RuPaul famous (“Supermodel — You Better Work”), and recently started his own fashion label Tzuji. We met Larry Tee in Berlin, his new home base. 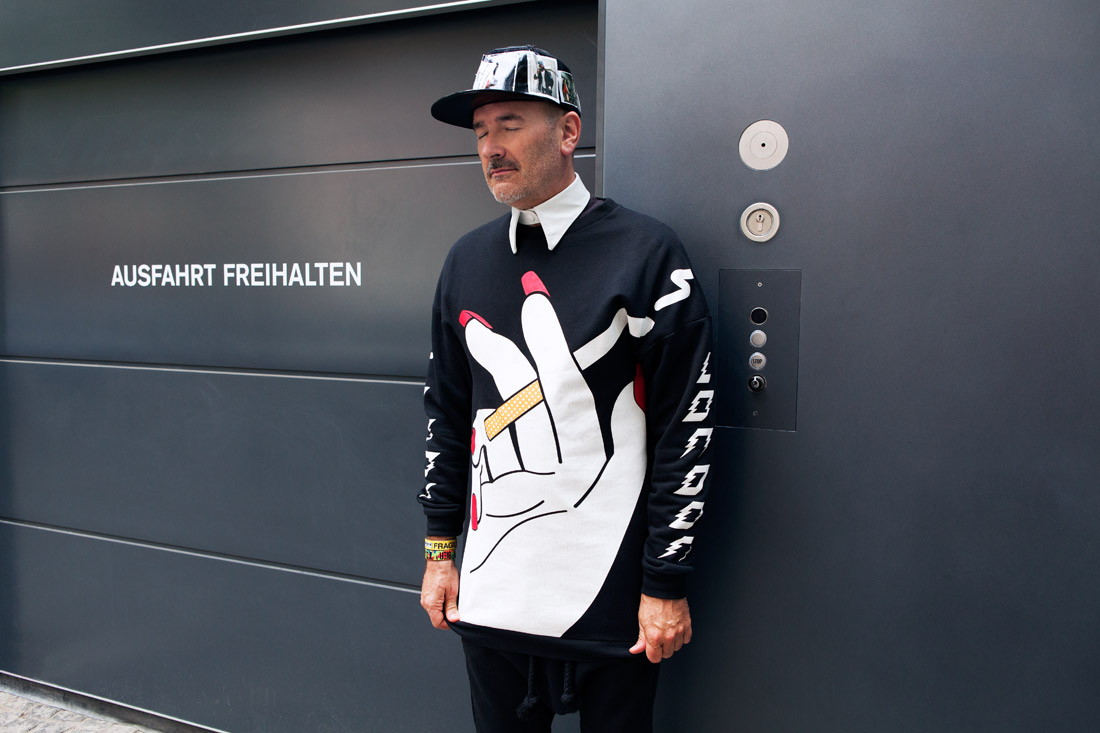 We confronted Larry Tee with a mystery perfume in a neutral, opaque vaporizer. Only afterwards did we reveal the name of the scent. Follow Larry on his journey into scent …

This makes me think about the beach — it’s kind of a vacation fragrance. It could be any beach but weirdly I thought of a place called Toms River in New Jersey. If you’re born in New Jersey you’re born to run. You better get out of this place and never look back. I enjoyed Toms River, don’t get me wrong. I had some real adventures there.

During the mid 90s when I used to run the Limelight in New York all these New Jersey kids would come to town for the weekend. They always talked about Toms River, so one day I joined them and when I came down there, I literally was a celebrity on the beach. I might as well have been a Kardashian. The guy that worked the door at the Limelight was there too, he was like a hundred years old but they treated him like a rock star. Girls chased him just because he was the door guy at the Limelight.

Once they even gave me a shout out over the speakers when they spotted me: “Yo, welcome to the hot body contest!” They were mimicking me, cause I was the MC of that contest at the Limelight on Wednesdays. Contestants would get totally naked just for a chance to win 50 bucks. Of course, they also did it for the attention. They wanted people to think they were hot. And they were! There was this 300-pound woman that won one time and a man who was missing a leg. He was very handsome. He would do a little dance and strip down but he would strip off his leg too to the crowd’s delight.

I went to Toms Beach a couple of times and even got into trouble with the police once; I guess they saw me coming from a mile away. They probably knew I had drugs. It was a time when I was confused, you know. Drugs are confusing. I am clean 17 years now.

This scent is fresh and minty. It smells of freedom and vacation — maybe in Ibiza or on the Amalfi Coast. Or in South Beach, Miami. I used to go there a lot — they had all these DJ festivals. Before Versace and Madonna made the town fashionable again during the 90s it used to be really scary. It wasn’t like there was a chance you would get robbed. You would get robbed for sure. I have a great video of me and RuPaul at the Versace mansion, but before Versace bought it. It was much more amazing before he moved in. Versace gave the place the Ralph Lauren treatment, a total makeover.

Once I performed for Andy Gibb’s last birthday party with my two back up girls, RuPaul and Lahoma van Zandt. Andy died of a cocaine overdose a year later in 1988. The location was a club down in the art deco district — the BeeGees always were way ahead of their time.

In 1997 Versace was killed by the Italian mob because he wouldn’t pay them like Armani did. Instead, he was about to testify in court in Milan but before he could he got shot. And when they caught the guy who did it, he was shot too. Shot in the back of his head, and they found a dead pigeon at the site of the scene. A traditional mob thing.

I connect to this fragrance because it makes a strong statement. In my career I never went for the quiet gesture. The RuPaul hit Super Model and everything else I did — I always went for the big cultural statement of the moment. 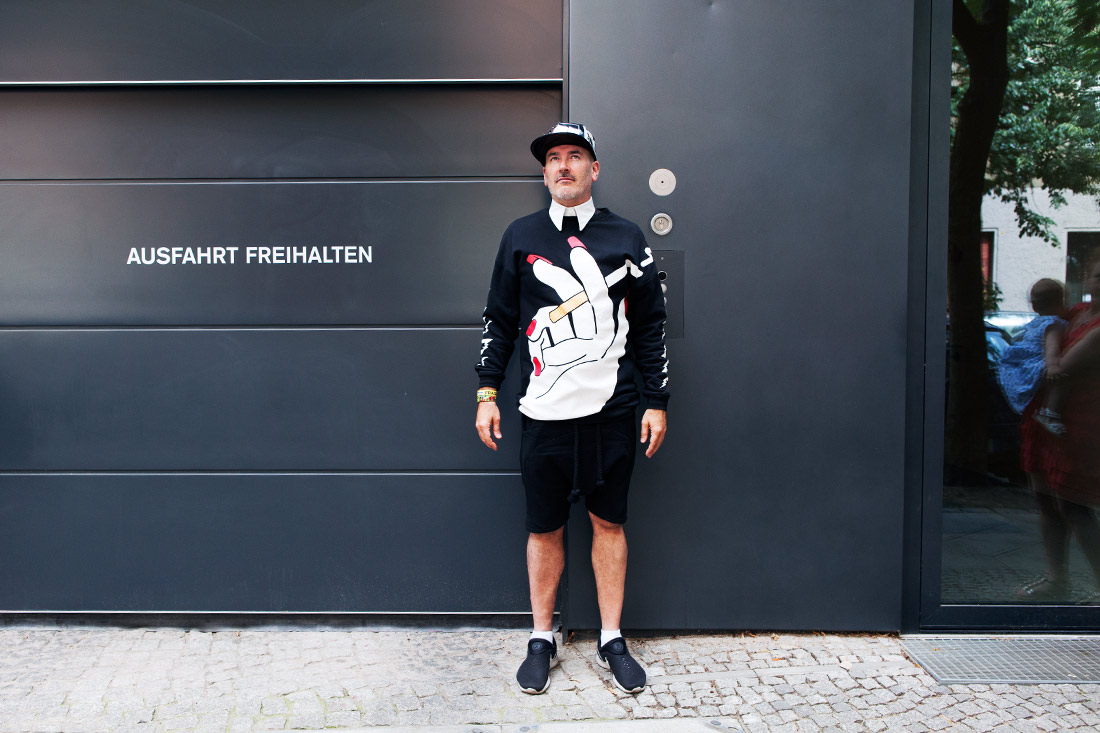 “When it comes to my career and perfume I never went for the quiet gesture.”

SCENTURY: What was the first fragrance you ever used?

Larry Tee: Well I remember my mum took me to a fashion event back in Atlanta when I was really, really young. I just remember thinking: wow, how exotic this is, how really classy, really special. They gave everyone a black plastic perfume bottle with gold lettering and the smell was just horrible. It was so pungent, a very 70s kind of big smell.

LT: Yeah, oh my God, I remember how precious this little bottle was to me at the time. I still have the bottle in my treasure chest but the liquid has evaporated.

SC: What perfumes do you use today?

LT: I used to wear Tom Ford’s Portofino and Tobacco Vanille for some time, but now I usually wear Karma by Lush.

SC: Is this your signature scent?

LT: Kind of. I wear it all the time just because when I put it on, people go: You smell amazing! Whenever I wear Tom Ford or any of the other classy things, no one ever notices. My job is to be a social coordinator and a fragrance can help to start a conversation. Also, at the clubs I smell some horrible bad breath and body odor. I don’t really care, as I am quite used to it, but I don’t want to be one of those people.

SC: How did you come across Karma?

LT: Someone just left it at my house. I tried it and people responded and I thought: I like that! Everyone loves it, except for my mother. When I visited her once I put on some Karma and she gave me this dirty look like I was wearing women’s fragrance and I said: Mum, don’t go there, just don’t.

SC: How does it smell?

LT: It’s a little bit sweet, with a lot of patchouli, which makes it quite hippy dippy. In the beginning you have this big POW and probably this is what my mother was complaining about. I don’t care. I think it really is a unisex fragrance. It’s a feel-good fragrance. It’s friendly.

SC: When you DJ are you aware of how it smells at the club?

LT: Well you know, crowds can be very smelly … 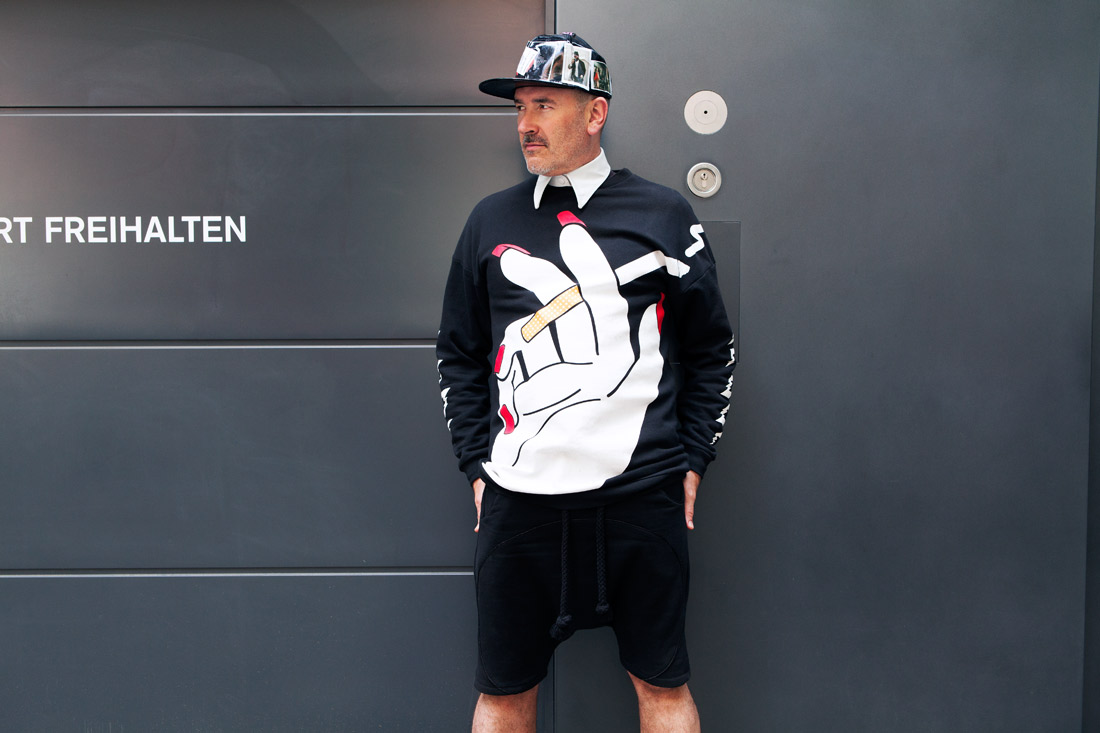 SC: Do you notice a difference between Berlin and New York, or other places?

LT: In Berlin there is much more body odor. Sometimes it is so rough that you just go: Wow! It is a big change from the American thing where it is like we must be clean, clean, clean. In Berlin, you never smell any cologne at a nightclub. Though in New York there would be other body smells, but I won’t mention these to you.

SC: Please do mention them.

LT: Well, kind of fartsy. It was a big change when the no-smoking laws arrived. Not only did we close the club after some months because people would be outside all the time smoking, which killed the whole dynamic. But also when there was no smoke we realized just how gassy people were. I understood that the smoke had been a cover for more than just the stinky old nightclub. It had covered the fact that humans are just by nature stinky.

SC: Is Berlin more physical than New York in general?

LT: When you look at the talent running around this city, just the amount of human flesh that is … I don’t recall seeing so many classic beauties anywhere else. People that are in outstanding shape. It looks like God spent a little extra time on some of these individuals: “Hmmm, maybe a little dimple here, a dimple there.”

SC: It sounds like you spent a lot of time at the lakes around Berlin this summer?

LT: Not yet but I am planning to. Friends recommend it.

SC: What kind of sunscreen do you use on such occasions? Do you remember its smell? 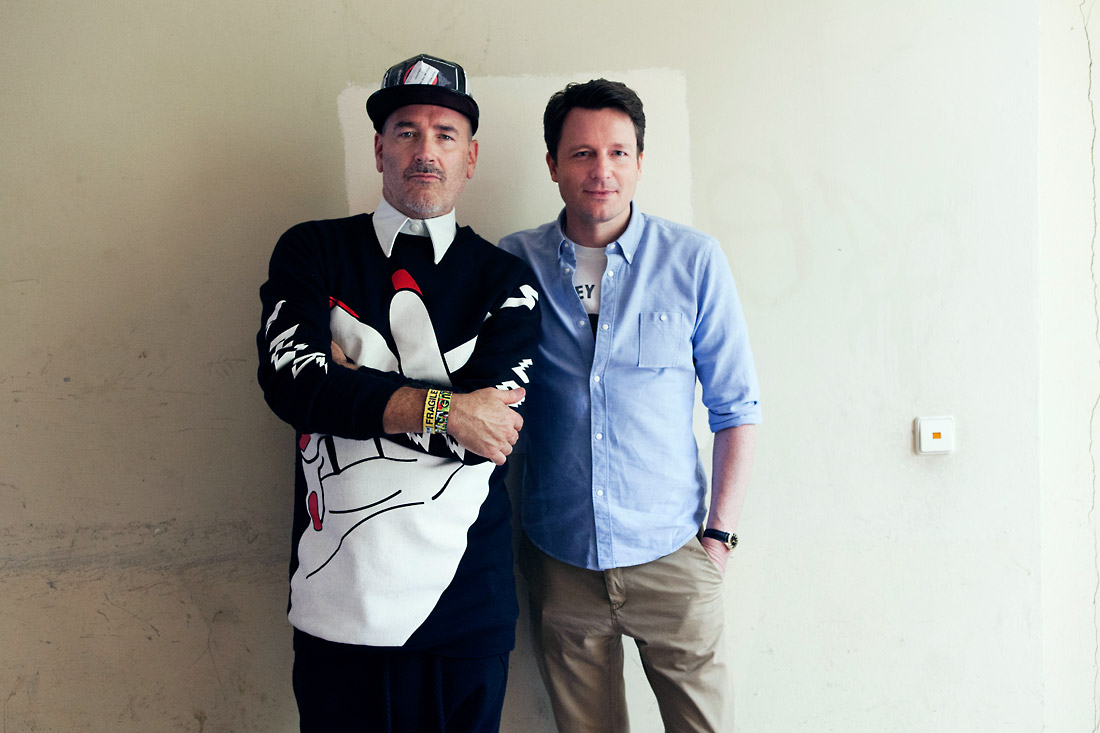