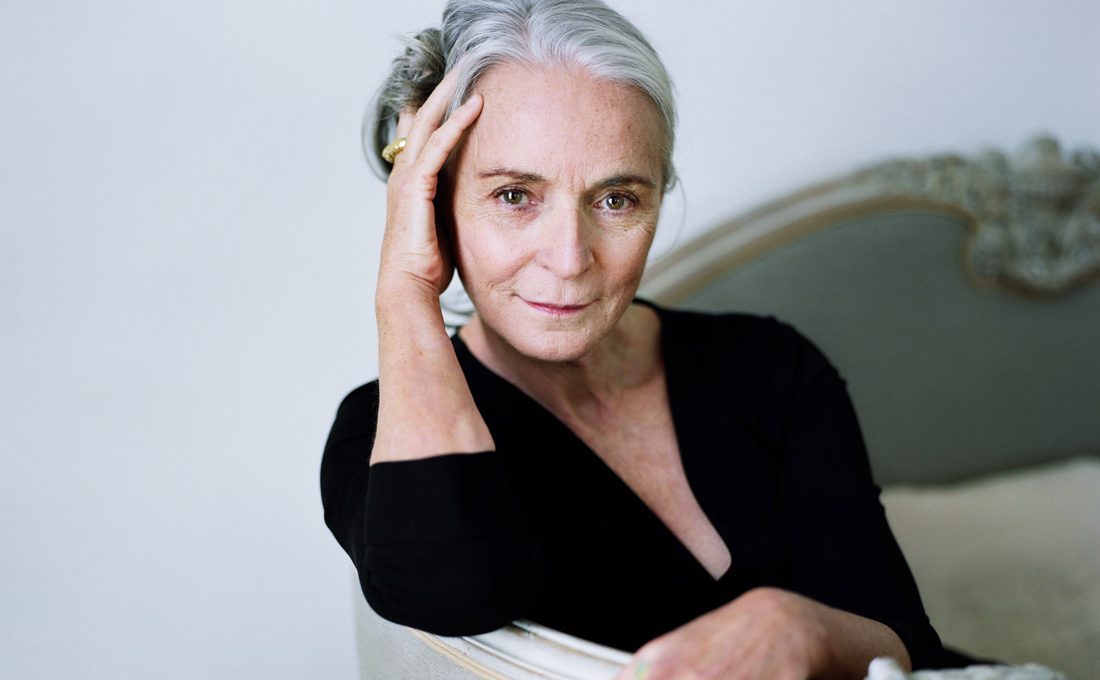 There are people whose mere presence radiates a sense of calm, even in the eye of the hustling-bustling storm that a perfume fair, by its very nature, always is. Martine Denisot, perfumer and founder of the Parisian label Pour Toujouors, is one such person. A Parisian to the tips of her toes, as far as the elegance of her appearance is concerned, yet with none of the Seine set’s notorious snobisme when it comes to communication. Rather, she is amicable, attentive, straightforward — and passionate, as soon as talk turns to the subject of perfume. www.pour-toujours-parfums.paris

A late starter striking lucky with her first throw.

Once a year, during the Pitti Fragranze international fair event, the city of Florence takes center-stage in the world of scent, when 270 perfume brands go on display in the imposing sheds of a former tram depot. It’s easy to imagine what a challenge this is for one’s eyes and nose, but Pitti Fragranze is also a sort of family get-together — in the global yet small perfume community, everyone knows everyone, or so it seems. Here, extensively tattooed autodidacts run into French master perfumers in tailor-made suits and beauty bloggers fire questions at a Saudi in a floor-length djellaba about his new label. SCENTURY found a quiet moment in the hustle and bustle to interview Martine Denisot.

Whoever googles her name finds evidence of national prominence: Martine Denisot at the Cannes Film Festival, Martine Denisot at the side of her husband (TV presenter and former football club president Michel Denisot), but also, no less, Martine Denisot as director of the Irish Tourism Board, a position she held for over 25 years. She followed the call of perfume only late in her career and, like many late starters, struck lucky with her very first throw. It seems that her label Pour Toujours, which launched six perfumes in 2015, had been ripening slowly in the wings for many years before making its grand entrance. 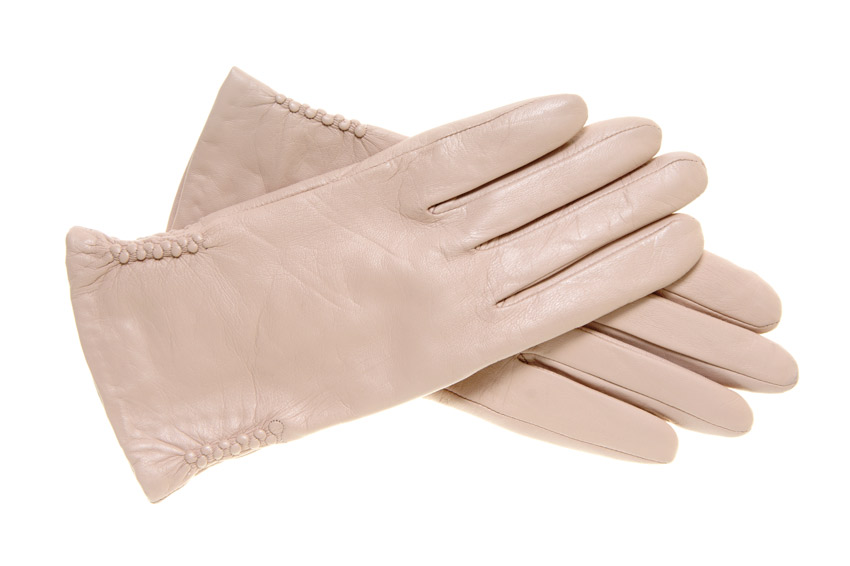 The smell and taste of ivory-colored gloves. Photo: Shuttertsock.

And Martine Denisot does indeed trace the origin of her passion for scent to her distant childhood — to the fields, meadows and woodlands of Berry, a sleepy region in the heart of France. Loam, tree bark, hay and bluebells number among her favorite olfactory memories. “Odors may be fleeting yet they remain etched on our inner selves our whole lives long.” When asked about her earliest scent memory she raves about the smell and the taste (!) of her grandmother’s ivory-colored gloves, which were cut from the finest leather. 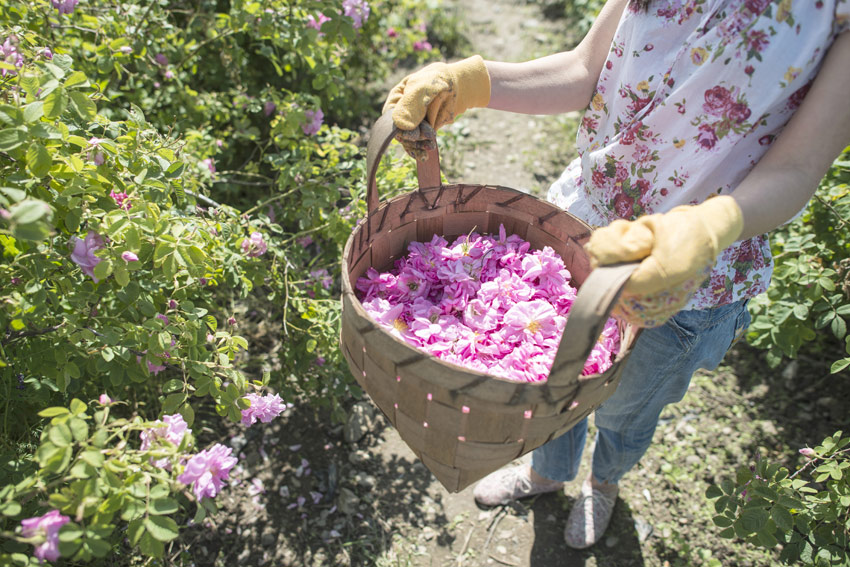 Rose harvest in the South of France. Photo: Shutterstock.

But it was another incident that sparked her professional occupation with the subject, as Martine divulges: “To escape the hubbub of the Cannes Film Festival I visited Pegomas, a small town where the Mul family plants and processes the famous centifolia rose exclusively for Chanel, not far from the legendary perfume capital, Grasse. I suddenly found myself amid man-high mountains of roses in which I almost vanished and the scent of which intoxicated me. This rose has a very modest blossom but its fragrance is sheer elegance and perfection.”

Her friendship with Chanel’s in-house “nose” Jacques Polge paved the way to another intensive experience: Polge, only the third parfumeur créateur in the company’s over one hundred years’ of history and the mind behind such legendary classics as Coco or Égoïste, opened the doors of his lab to Martine and, in a kind of privileged practical internship, allowed her insight into composition techniques, the creation of chemical formulas, and the diversity of natural and synthetic ingredients.

Learning from the godfather of scent. 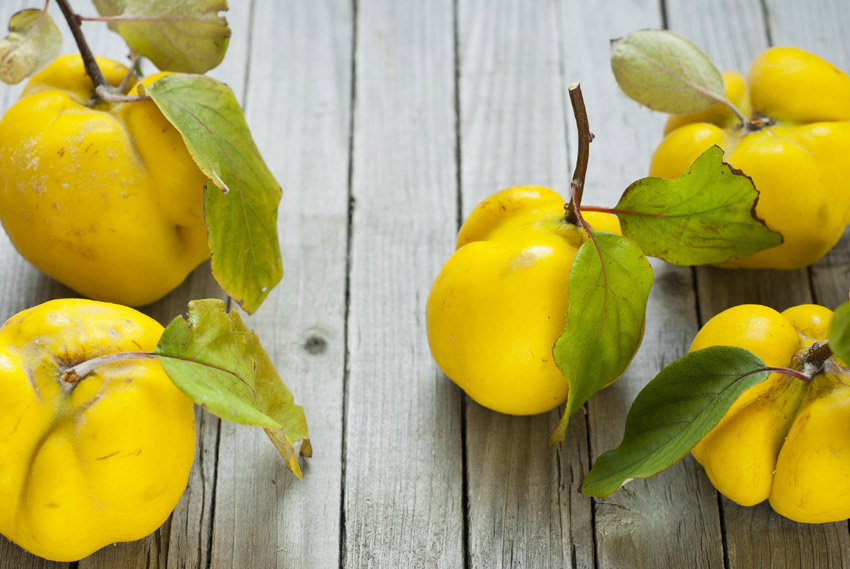 Bootylicious gleefully celebrates the likeness of a ripe quince fruit and a female but. Photo: Shutterstock.

After further training and her first successes with a creation for the niche label Lostmarc’h comes now the launch of her own perfume label. Before me stand six flacons in the form of slender glass cylinders crowned by porcelain caps — the latter a bow to Martine’s great-grandparents, who had a porcelain manufacture in Limoges. The six scents are distinct yet share a common signature: none of them seeks either to shock or to make an instant impact, for these are intimate, very personal compositions, and flatter the serenity of whoever wears them.

“My wish is always to create perfumes that convey a deep sense of wellbeing,” Martine declares, drawing a parallel with the benefits of the Slow Food movement: deceleration, concentration, and mindfulness. “Pour Toujours is a family business. I have no boss so I never need justify my decisions … to anyone but myself,” she adds, with a smile. And freedom really does pervade these perfumes. — They are the outcome of a spirit of independence and endless creative scope. 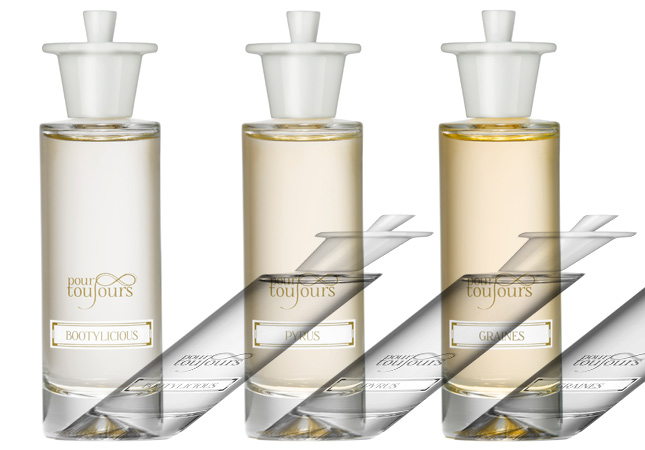 A brand with a persuasively nonchalant air.

Anyone in search of the exceptional and exclusive in a perfume, rather than the loud effect, will find the olfactory creations of Martine Denisot to be quietly assertive companions with a persuasively nonchalant air.