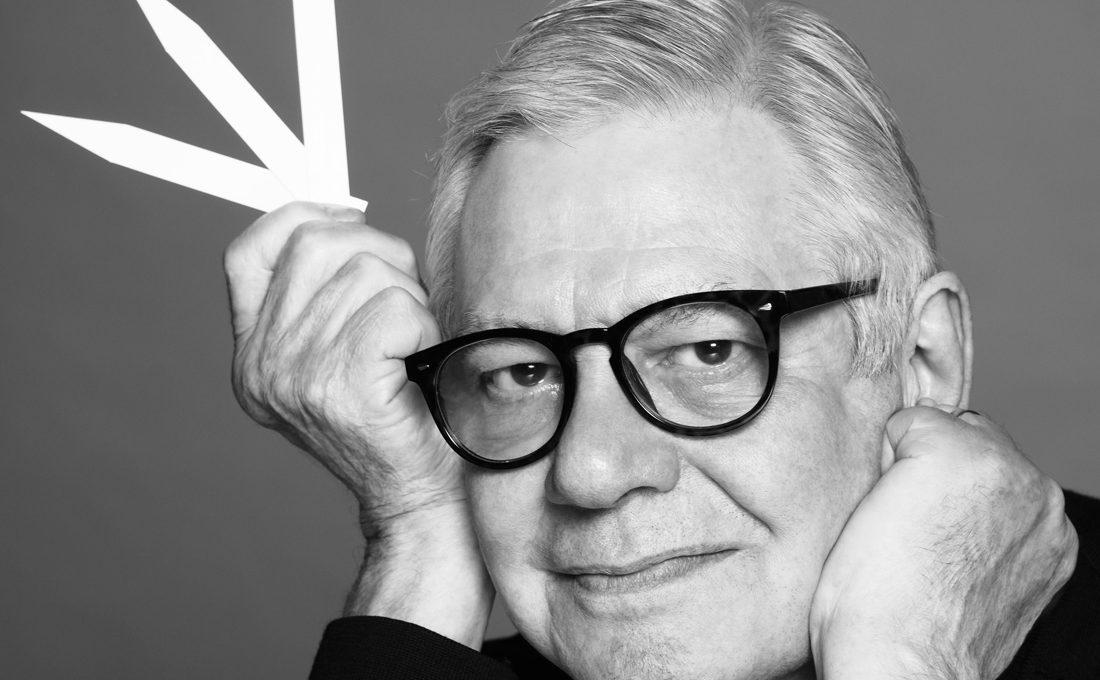 23 years after Michael Edwards published his book Perfume Legends he now launched the 2nd edition of what has become an indispensable and essential tool for professionals in the perfume industry as well as every parfumista and fragrance lover.

Scentury’s contributor and sought-after perfume consultant Dr. Bodo Kubartz sat down with Mister Edwards to find out what has changed in the new edition, to discuss the significance of niche perfumery and the future of the olfactive creativity in a world changing at an ever faster pace.

Bodo is a well-established figure in the perfume industry and works as a consultant, author, and moderator. He organizes perfume events for clients, consults companies in the cosmetics and fragrance business and conveys his multifaceted knowledge at various occasions and through publications. 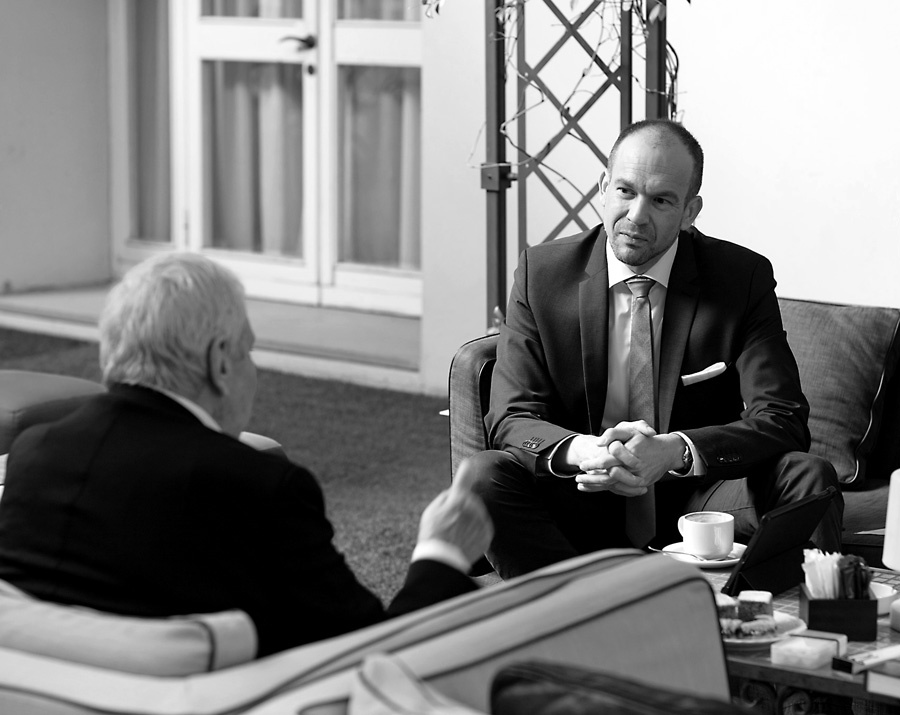 “In the early 1990s, perfumers were invisible.”

Bodo Kubartz: Michael, 23 years ago your book came out, and now the 2nd edition has been published. What’s new?

Michael Edwards: This is not a book. It’s a literary museum. If one doesn’t update a museum, then the value of it diminishes. There has never been a book in which the creators have spoken openly about their creations. I’m a curator of their creativity. 80% of the text is their words, their life. Perfume has changed through legislation, marketing. It is the only art form that can be modified.

BK: However, the book is also about perfumers.

ME: To understand the evolution of perfume, one has to understand how the creators created. When I first started to think about Perfume Legends in the early 1990s, perfumers were invisible. The brands did not acknowledge them. The book really came to life when Guy Robert and Edmond Roudnitska, two masters, became interested. Without them, I’m certain that half the doors that opened would not have received me. I interviewed just under 160 people. I asked them to nominate their icons of French perfumery.

We agreed on a definition of what an icon ought to be: (1) It had to have a scent, an accord so innovative that other people couldn’t ignore it; (2) It had to have an impact so profound that it created a trend; (3) Its appeal should endure. We agreed on 45 legends right away, from Jicky, 1889, through to Angel. The book came out quietly, and then word of mouth spread. It became a cult classic. The book has been out of print for the last 10 years. I continued to get letters from people asking when I would be updating it. About five years ago, I started working on it. 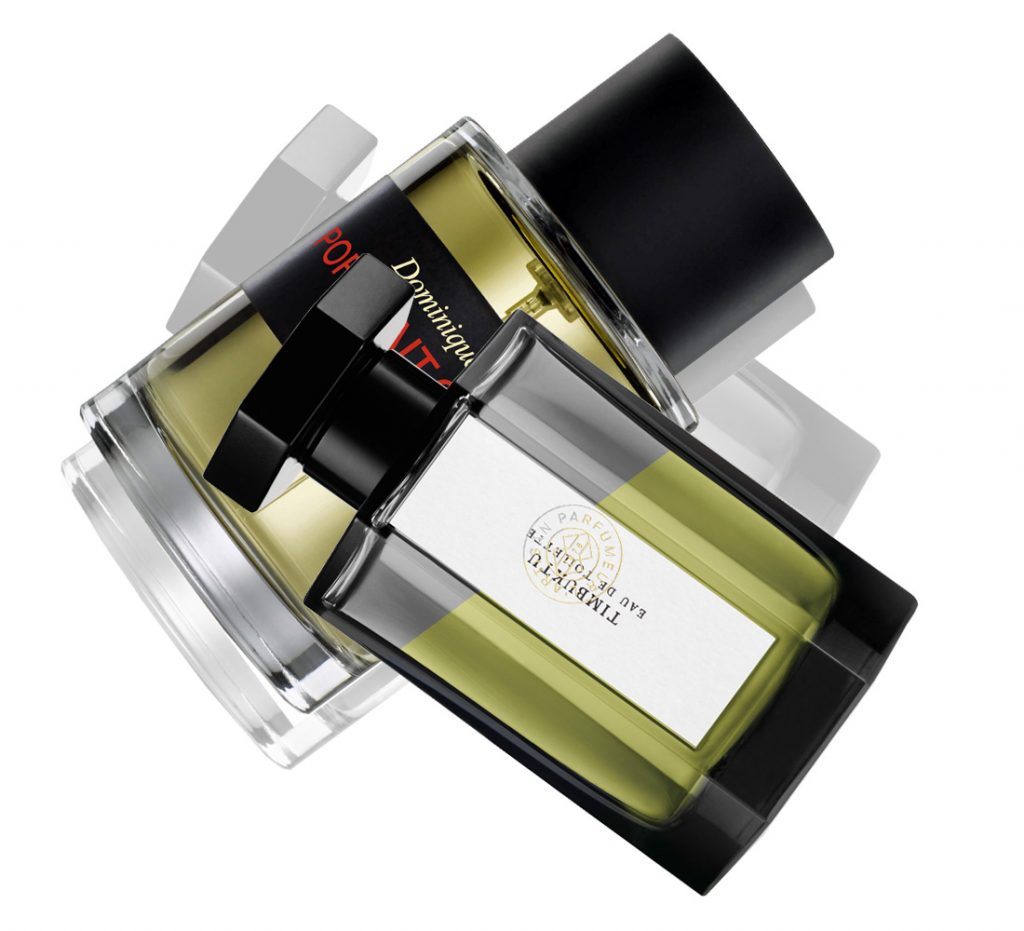 BK: You added new research insights as well as new fragrances. Why those?

ME: Feminite du Bois had to be in there. I mean, if ever there was a fragrance innovative through its woody note, if ever there was one to create an impact, to be imitated, it is Feminite du Bois. Above all I admire Serge Lutens as one of the true genii in perfumery. Then, I included Flower by Kenzo, Alberto Morillas’ floral-musky note — also a genius. I had to look at J’Adore: perfect in its execution, perfect in the originality of its scent, perfect in the impact it made. It built the basis for modern Dior. Coco Mademoiselle, a little flanker that took over from the giant. I mean, this was a marvelous story in its own right apart from fulfilling the three criteria of a legend; that is, creating the fragrance that Coco Chanel would wear if she turned 21 in the 21st century.

Then: Timbuktu by Bertrand Duchaufour, a woody note. Many people have not smelled it but it influenced so many other woody fragrances with that deep, almost dark kind of woody note. And, to end it, Editions de Parfums, as a tribute to Frédéric Malle, who for me is the closest thing to perfume royalty. I mean his mother was the Princess to Sayn-Liechtenstein. I love his idea of bringing back the magic of fragrance by crediting the perfumers. Furthermore, I think that he and Dominique Ropion made sheer music in Portrait of a Lady. And there you have it. For me, it is my final update of the French legends. For my part, I’m now turning to American legends because there’s never been a book in which legendary American fragrances are explored in depth and it fascinates me.

“Today, big names in the perfume industry are having a tough time.” 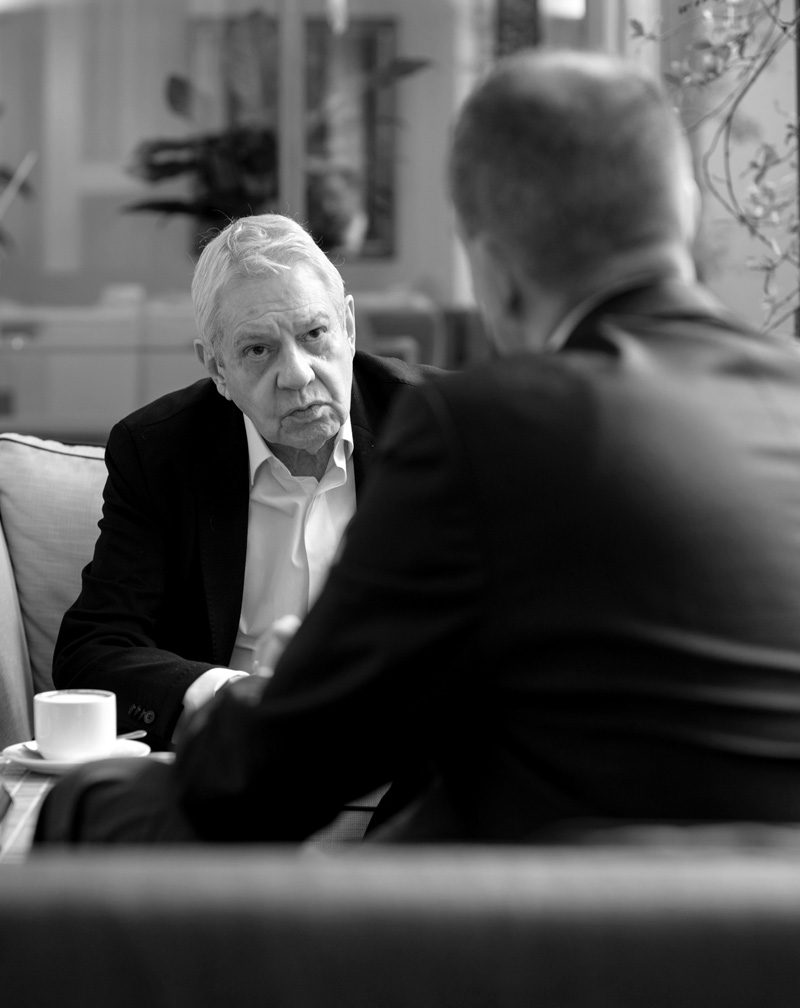 BK: What are the main opportunities and challenges of our time?

ME: Today, in many ways, big names in the perfume industry are having a tough time. By definition, luxury must be aspirational, not generally available. Otherwise, it no longer becomes luxurious. But when you’re talking about the great brands that had hit their stride in the 80s and 90s, their distribution is wired today. Most of them are controlled or owned by global corporations who are very dependent on the stock exchange. How long can they sustain this aspirational luxury?

On the other hand, niche has brought the fragrance business back to life. I would have to say we live in the worst of times and the best of times. The worst of times is seeing these poor great brands from the past struggling to keep their authenticity, struggling to keep the aspirational qualities that made them so great in the 80s or 90s. The best of times is that we’re seeing some new innovations come out of them, call it niche or whatever it is — creatively good. And for me, niche is vital. It’s revitalized the whole industry. I look at it as being the nursery school for the future.

ME: Think of what’s already come out of it: Jo Malone, from a tiny thing to a global brand. Think of Tom Ford — that’s come out of it. Now we’re starting to see the development of Byredo and Editions de Parfums and Le Labo with good money behind them. Will they be able to keep their authenticity? Well, that’s going to be the challenge. I think that they will. So, I have to say, we live in the worst of times and the best of times.

“Personalization is one of the crucial traits of the future.”

BK: What’s your take on future consumers, the Millennials. What are the challenges and opportunities when marketing perfumery to them?

ME: First, they ignore everything that the major brands talk about. Brands have not accepted this. They would love to control the dialogue — forget it. All that interests them is what others on social media are saying. They’re extremely critical. They will not hesitate to come down on what they perceive to be a silly fragrance, an ordinary fragrance. Or simply a niche brand that is opportunistic. I’m finding that they’re looking for a signature. I was at a restaurant the other day and a waiter, I picked up on and admired his fragrance, Santal 33 by Le Labo. He said he’d been wearing it for two years but was looking for a new fragrance now. I asked “Why?” He said: “Too many of my friends are wearing it. I think it’s about my signature.” More and more, I think the world of the future will be my signature.

Also, consumers are looking more and more to create their own fragrances. I’m fascinated. Alchemist, a shop created by Puig, just opened in Paris. You can create your own fragrance. This, I think, is a major trend of the future. I think you’re going to find places where people will be able to go in, blend ingredients, and smell the result. You can do that already in Alchemist. So that’s going to be interesting. I think it’s inevitable that the great brands will have to give people the ability to personalize their fragrances, like it or not. Personalization for me is one of the crucial traits of the future.

BK: Thank you for this conversation, Michael Edwards.