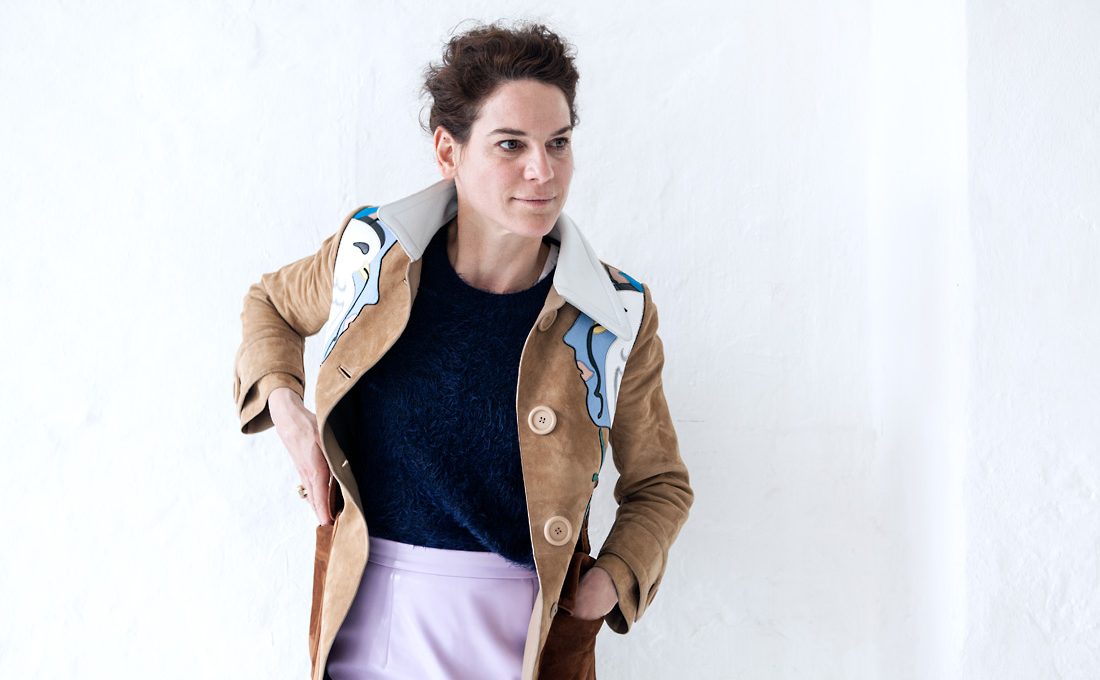 Seeing Bibiana Beglau on stage can be a life-changing experience. The dazzling physicality and dramatic intensity of her performances challenge our conceptions of theater’s possibilities and boundaries, and acting in general. Her interpretations on stage and in film have earned her national and international critical acclaim as well as countless awards, including the Berlinale Silver Bear for Best Actress. After interviewing her, we can surely add wit and humor to her list of virtues and merits. 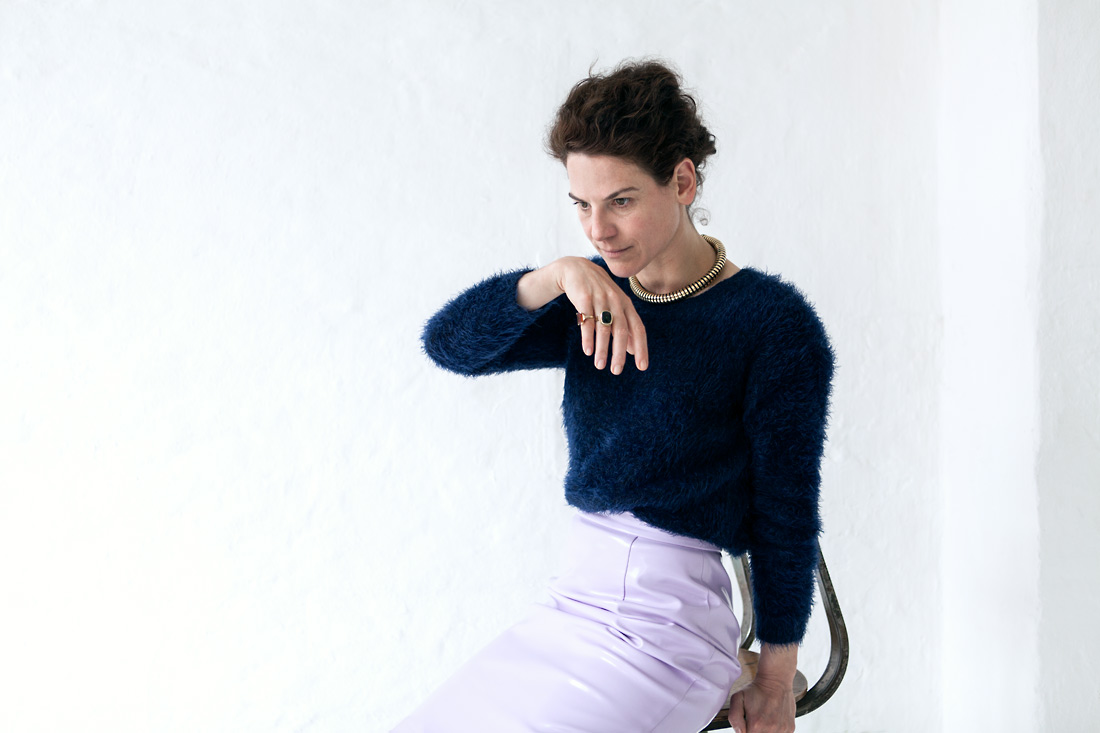 We confronted Diana Beglau with a mystery perfume in a neutral, opaque vaporizer. Only afterwards did we reveal the name of the scent. Follow Bibiana on his journey into scent …

Strangely enough, this perfume brings back memories of a lobster and a banana blossom although it doesn’t smell red at all. Or at least not how I have always imagined red might smell. The red lobster was on my plate in a restaurant in Florida and the banana blossom above the veranda of our motel.

Perhaps Florida comes to mind because everything there was exactly as fresh as this perfume? It was a tiny place out on the Keys, with a sea view to the left and to the right. Everything was light, crisp and bright. Alone the street where our motel stood was dark and gloomy and a little bit creepy.

Then again, the perfume perhaps reminds me of the waitress in the lobster restaurant. Which was a very elegant place of the sort I’d never usually go to, and on that trip especially, as until then I’d been drifting around in a small rented car from one motel to the next. I’d gone into hiding in a way.

But my agency had finally tracked me down and told me to return to Germany and get back to work — they’d been trailing me incessantly by phone. I was pretty sore about that! I decided I’d blow the last of my cash and asked for the best restaurant in town. And that was the first time in my life I ever ate lobster. It was actually really sad that the trip had come to an end but the evening was incredible beyond words — as fine, lovely and elegant as can be.

And there was this waitress there who had her job down pat and was incredibly sweet and seemed simply to enjoy the fact I was enjoying myself so much. She didn’t even want a tip. She was extremely blond with 80s-style pink nail polish — a bit like Dolly Parton! Dolly Parton is basically a really down-to-earth businesswoman and quite motherly too. She owns more or less the whole of Nashville. And the waitress was a similar type.

The entire restaurant was done up in American plush yet nevertheless looked neat as a pin: a mega-oversized living room in dark wood, wall-to-wall carpeting, green velvet-covered chairs, and linen tablecloths and napkins … Plus plastic aprons for anyone who ordered lobster! I said I’d personally rather do without. But Dolly Parton simply insisted.

And then I woke up next morning in my cockeyed 25-dollar motel. And saw this huge banana blossom hanging there. I was so annoyed about having to leave … But I had spent the last of my money the previous evening — not that money is ever an issue, once you really set your sights on something … But in any case I definitely had to fly home … 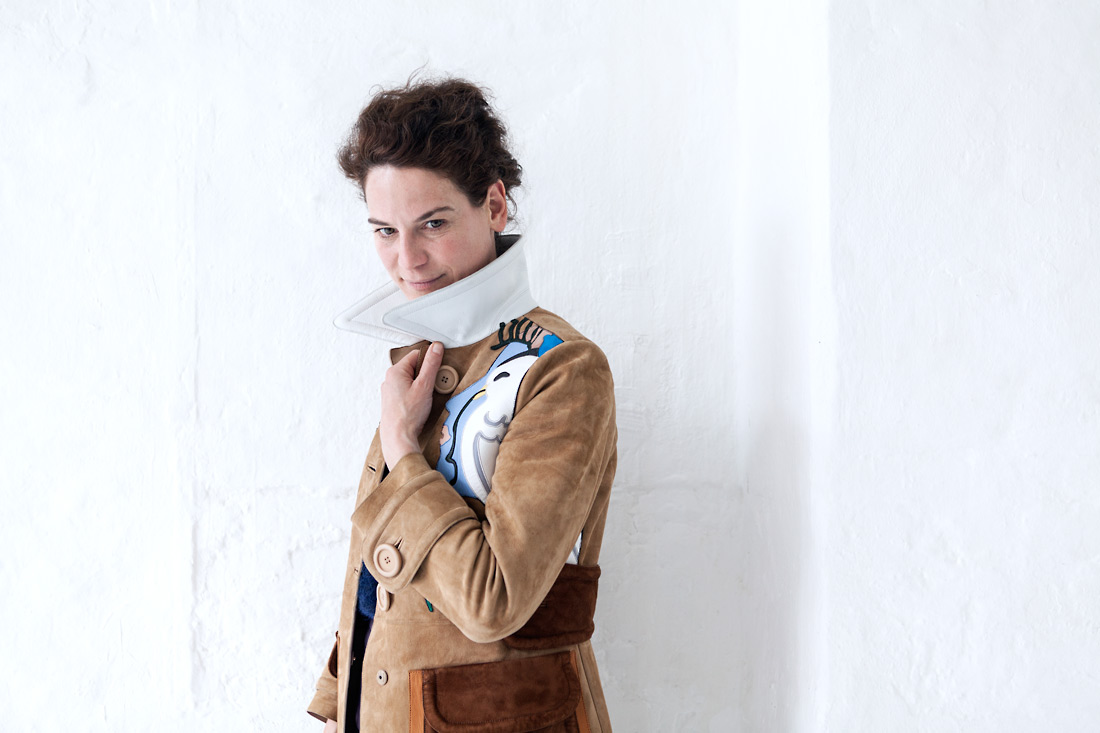 Bibiana Beglau: My mother’s lily of the valley perfume. The flacon looked like a lipstick: white, with a ring of the lily of the valley’s tiny petals. And the perfume itself was green. I loved it so very much I mixed some with powder from my mother’s compact and smeared the goo all over my face.

SC: And what did your mother make of this show of creativity?

BB: She put an end to it with a slap! Later my mother went through a patchouli phase — which was pretty hardcore. Pure patchouli oil in very large doses was too full on for a tender infant’s nose.

BB: My father wore Tabak Original, and I really liked the white bottle, the logo, and the brown cap.

SC: And what was the first perfume you ever owned?

BB: Feminité du Bois from Serge Lutens, when I was 19. And I use it still!

SC: How did you find it?

BB: I smelled it on someone in the pedestrian zone in Lübeck then raced off to a perfume store where I tried to describe the scent. The saleswomen were at their wits’ end.

SC: What description did you give them exactly?

BB: I tried using metaphors: red; old velvet curtains; something sandalwood-ish but not quite so sharp. So they brought me Poison and Dali, which of course were way off the mark! But at some point an elderly lady turned up and I explained it all again to her and together we found what I was looking for.

Once when I was buying a bottle in KaDeWe in Berlin the saleswoman told me with great pride that she had met Serge Lutens in person. 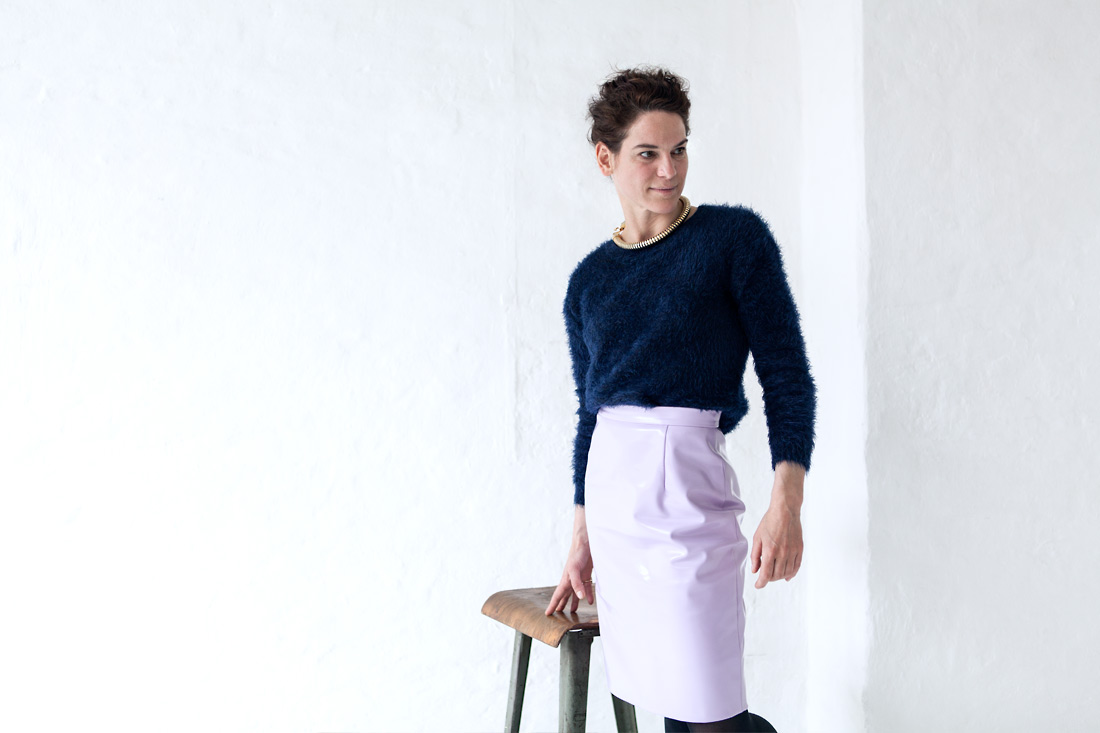 SC: Could you understand why she felt proud of that?

BB: For sure! What a man! A legend in his own lifetime! And that house he’s been building for years in Morocco — just incredible! He has written history, and is a great aesthete and a visionary.

SC: Do you wear any other perfume regularly, besides Feminité du Bois?

BB: Feu from Issey Miyake. I smelled it and thought: A summer perfume at last — how wonderful! But it was suddenly discontinued and nowhere to be found. Then I discovered two bottles in one store and both are now stored in my icebox. I use it very sparingly nonetheless — I wear it only for special summer occasions.

SC: Do you use perfume on stage? Or does it ruin your concentration resp. that of your colleagues?

BB: I personally neither use a particular perfume on stage nor lend a certain scent to the character I’m playing. Yet I like to be able to smell my colleagues and to be familiar with their scent. It strengthens my sense of where I am and makes me feel very at home.

SC: So some of your colleagues do wear perfume?

BB: One colleague at the Schauspielhaus in Düsseldorf, a fantastic actor, used to wear a certain perfume. The guy was built like a Christmas tree. And he was very popular too, needed only walk on stage and the audience would be howling in ecstasy. I thought: Wow, mere mortals like me have to work four hours yet he just strolls on and everyone cries “Bravo!” But I adored him too. And since he also liked me he’d often give me a hug and so I often smelled of his perfume. And another actor there was pretty jealous of the Christmas tree and so couldn’t bear it when I smelled of him.

SC: Are there any odors that you personally associate with the theater?

BB: Every house smells different of course. I could possibly distinguish between the Thalia Theater in Hamburg, the Volksbühne in Berlin, and the Burgtheater in Vienna but I still couldn’t ever exactly describe their respective odors. In general stages smell of overheated spotlights, warm, worn timbers, or even of dried soft soap.

SC: What, in your view, is the most delicious smell of all?

BB: I love the smell when rain starts to evaporate after falling on hot asphalt in high summer.

SC: And are there any smells you really cannot stand?

BB: Oh yes, I could run a mile when I catch a whiff of pickled pumpkin. It really turns my stomach.

SC: If a master perfumer were to create a perfume especially for you, how would you brief him?

BB: I’m not sure but I think I’d like to smell like the sun-soaked bark of an ancient redwood tree. Or like a cliff in a desert. 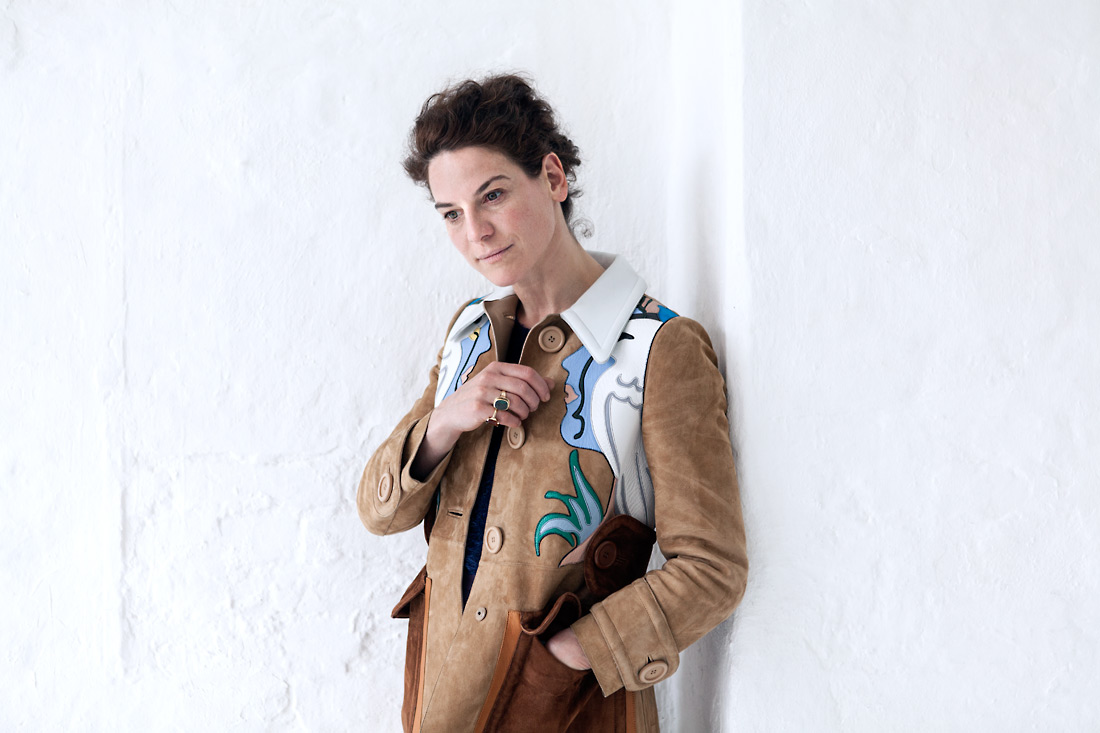 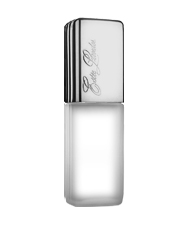