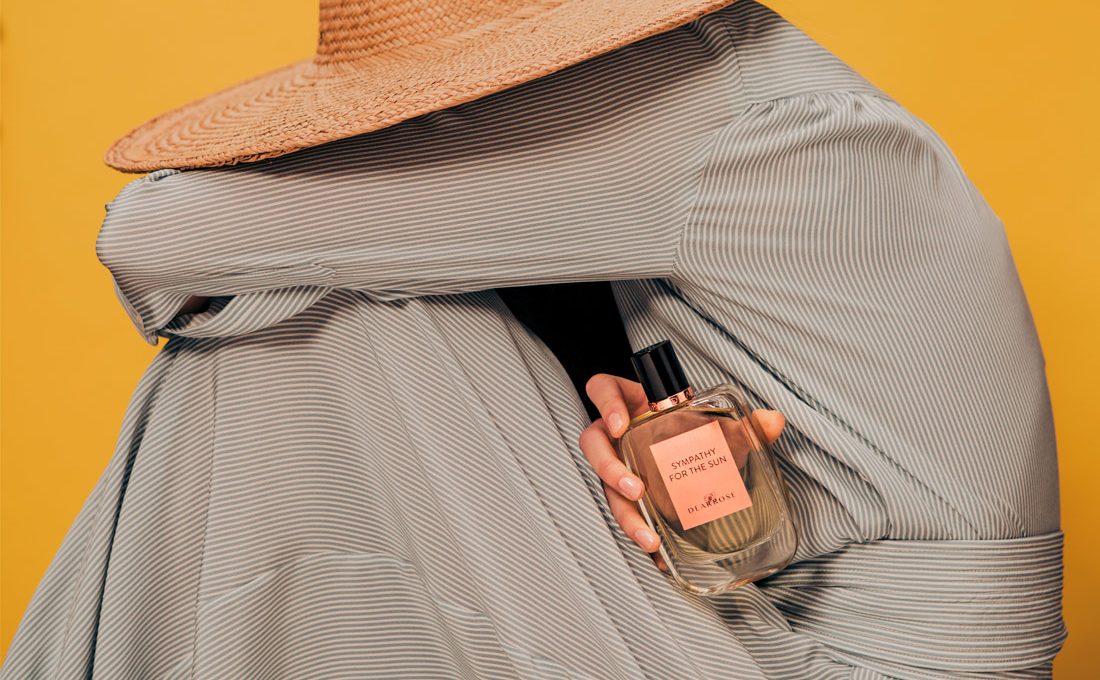 Pierre & Florent is the photographer duo behind the stunning visuals of Paris-based fragrance house Dear Rose. We sat with Pierre to talk about the challenge of translating perfume into images and personal olfactive preferences.

Founded in 2014 by mother-daughter duo Chantal and Alexandra Roos, Dear Rose is a rather young brand. But it draws from decades of experience: Chantal Roos has worked with big names such as Yves Saint Laurent, Issey Miyake and Jean Paul Gaultier and has been involved in the development of iconic fragrances like Opium, Kouros, Jazz, L’Eau d’Issey, and Le Mâle to name but a few. All fragrances from the Dear Rose line have been created by Firmenich’s master perfumer Fabrice Pellegrin. Mentha Religiosa won the “Best Perfume” trophy at the 2017 FiFi awards in Paris. 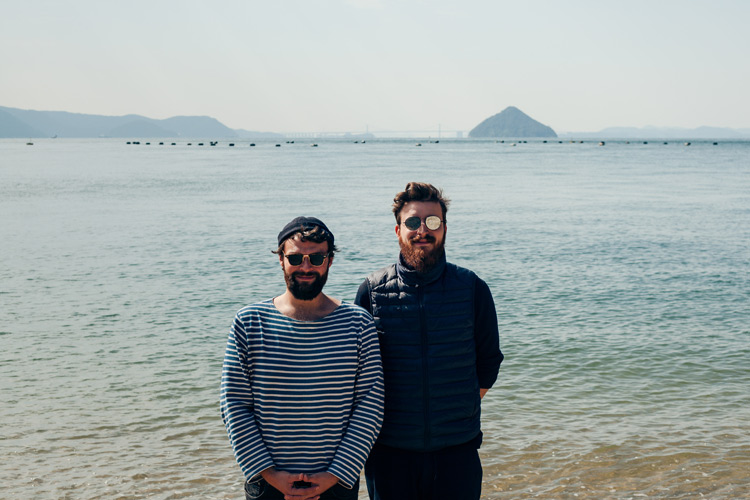 Scentury: You are two photographers working as a duo. This is quite unusual, as most photographers are lone wolves. How did this happen?

Pierre: We met when we were students. I was studying film in Belgium, and Florent applied arts in Paris. We first worked together on a personal project named Heroes under the Waves, mixing performance, photography, video, and installation. We were lucky enough to be contacted by Pristine Galerie, an important gallery from Mexico.

During the three years we worked with them we were able to exhibit our works in both solo shows and group shows in Mexico, the US, France, and Belgium. Then we bought our first flashlights and learned how to sculpture the light. It opened the doors to the photo studio for us, and because we love fashion and some of our friends were creators and owners of small fanzines, we began to work for the fashion world. We work a lot, we experiment a lot, and we believe in our work — over and over again. 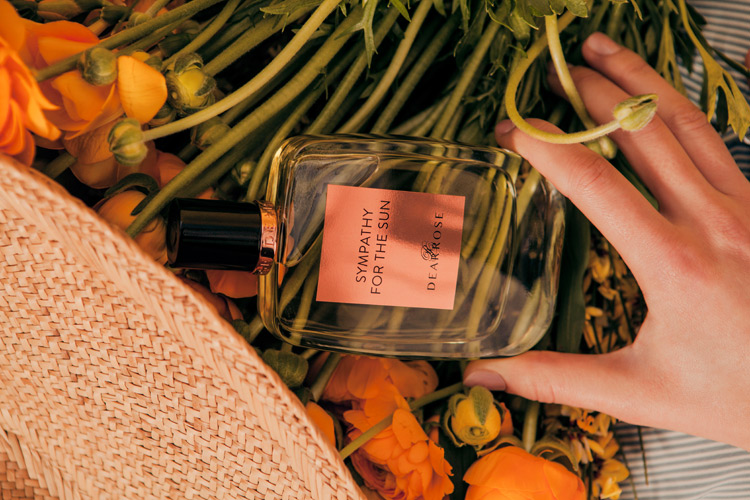 SC: Your portfolio is very versatile: from fashion editorials shot in the studio to elaborate still lifes and analog travel photography. It almost seems like there’s space for more than just two identities in one duo?

P: We have always been very curious and whatever we do we do with a lot of passion. We don’t have the regular background of a photographer, as we did not study photography. Maybe that’s why we like experimenting so much, discovering, mixing ideas. Also, we give the brands we choose to work with a lot of space, trying to enter their universe and bring it to life. That’s why the results can seem very different, but there is always a strong emphasis on color, composition, storytelling, and surrealism.

Color is the key!

SC: How did you meet Chantal and Alexandra Roos, the mother-daughter duo behind Dear Rose?

P: We contributed to a magnificent magazine called Faux Q for which we produced a fashion editorial as well as the cover. The editor-in-chief, Antigone Schilling, is a close friend of Alexandra. As luck would have it, Florent also knew the sister of Alexandra. All this led us to meeting the wonderful family duo and Dear Rose.

SC: Photographing perfume is always a challenge because you need to translate an olfactive sensation into a visual experience. What was your approach to the collaboration with Dear Rose? 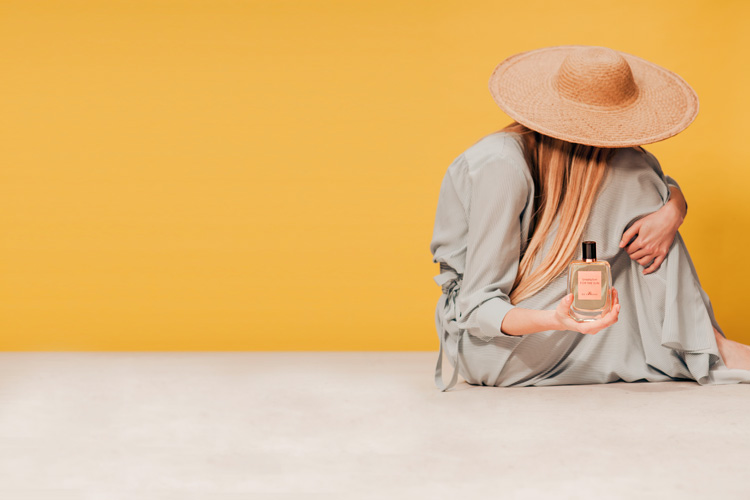 The colors! Sympathy For The Sun by Dear Rose, photographed by Pierre & Florent.

P: First of all, it is important to say that Alexandra and Chantal honored us with their trust and we felt very free in this collaboration. There are two phases in our approach to photographing perfumes. First, Florent and I have a strong sensibility for colors. We like to apprehend things, generally, simply by color. For every perfume, we therefore decide to define a color according to its notes and to what it evoked in us. Second, we absolutely wanted to integrate the story of mother and daughter in this case. So we decided to take the photos in locations that are part of Alexandra Roos’s life using her objects, her furniture, even some of her clothes. We could have done the shoot in a studio, but we really wanted these photos to be inspired by Alexandra’s personal environment.

SC: The styling for the shoot has a decidedly southern vibe to it — warm Mediterranean light, flowers and herbs, straw hats …

P: Sympathy tor the Sun obviously evokes the sun, and the sun in the South of France in particular. The golden yellow of sunlight, the metallic gold from the bottle, the blond hair of our model, the color of the straw hat — all this gave us the inspiration to create these sun-drenched images. They were taken outdoors on a marble table on Alexandra’s terrace in Saint-Germain-des-Prés, Paris, on a cold gray afternoon.

Falling in love with perfume.

SC: What is your personal attitude towards fragrance; do you wear perfume on a regular basis?

P: When I was a child, my parents would pick perfumes for me and I would simply wear them “because it smelled good.” Florent told me he sneakily stole A*men by Mugler from his father’s bathroom as a kid.

Only a few years ago I really fell in love with a fragrance when I sampled a Tom Ford scent that immediately reminded me of the soft and poetic odor of my grandparents’ attic. It almost felt like inhaling a memory. For the first time I realized what a beautiful thing perfume can be. I learned to differentiate and to make my own choices and today both Florent and I wear perfume almost every day — just a little, but enough. We both like scents by Tom Ford; Florent wears Tobacco Oud, and I wear Plum Japonais. From the Dear Rose line we both love Mentha Religiosa and Sympathy for the Sun. Their latest fragrance Oud Vibration is really wonderful too.

SC: What is the earliest olfactive memory you can recall? What was the first fragrance you wore?

P: The smell of a cold fireplace. Fresh grass crushed between fingers. I also recall the smell of gasoline when I accompanied my father to the gas station. 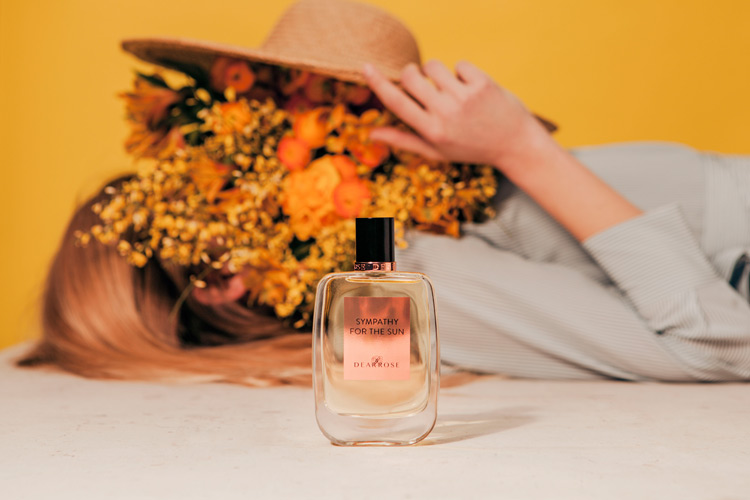