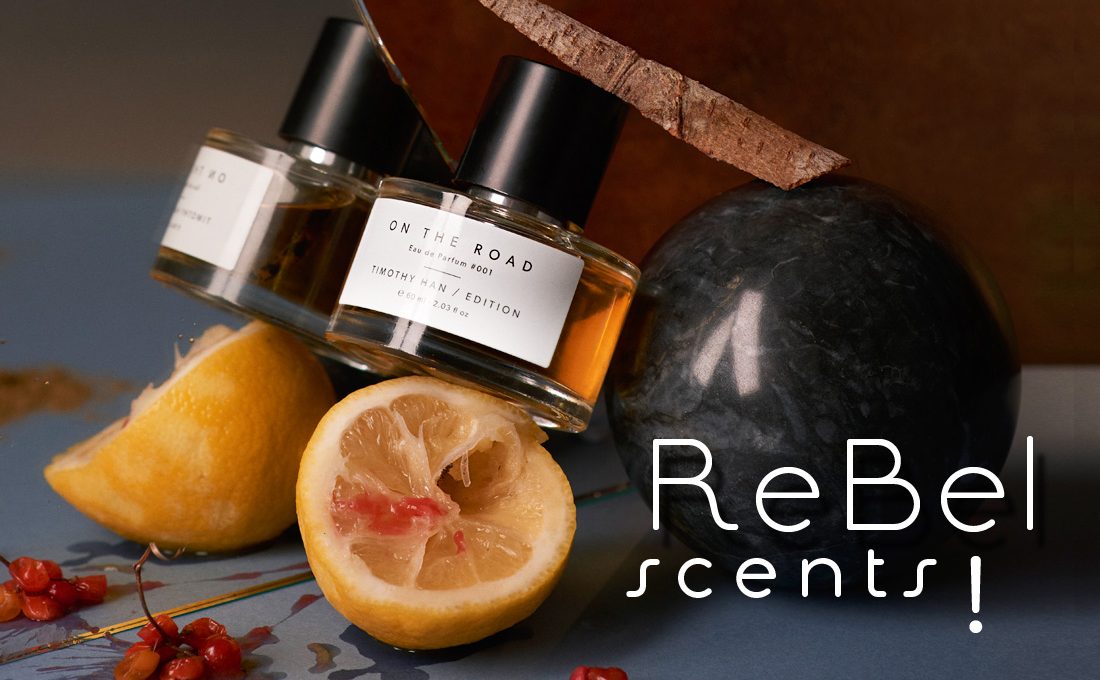 We usher in our autumn season with our AUTUMN EscENTIALS 2017: 12 perfect perfumes, delivered to you through dazzling visuals by London photographer Adam Goodison. To spice things up we picked an explosive theme: Rebel Scents! Only olfactive rule breakers or scents inspired by revolutionary backstories and rebellious personalities made the cut.

And who better than photographer Adam Goodison to visualize our defiant dozen; he hails from London, a city that gave us Mods, Punks, New Romantics, and Mary Quant’s miniskirt, as well as a colorful assortment of rebels and misfits. A diverse bunch, this includes 1920s flapper girls, David Bowie, Malcolm McLaren, Vivienne Westwood and yes, Lady Di. Some claim even Brexit is a direct impact of the Brits’ taste for opposition and uniqueness.

Goodison collaborated with stylist Pernilla Löfberg and Stephanie Webb. To make this multi-sensory experience complete, we bring you a song to accompany each fragrance so that it sounds as good as it looks and smells! 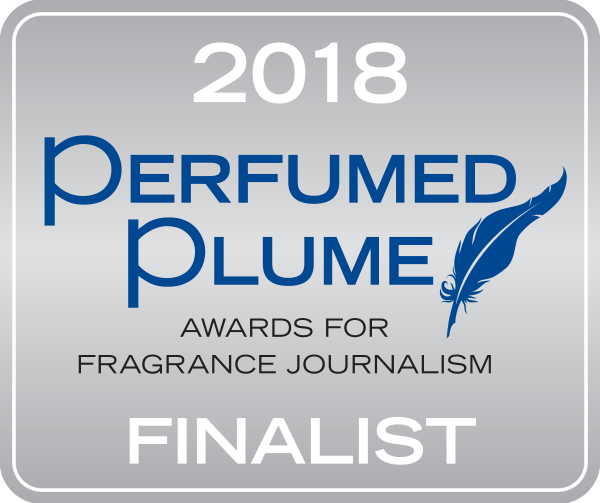 This feature is a proud finalist  of the 2018 Perfumed Plume Awards in the category “Visualization Of Scent Stories”.

12 perfect autumn scents for you. 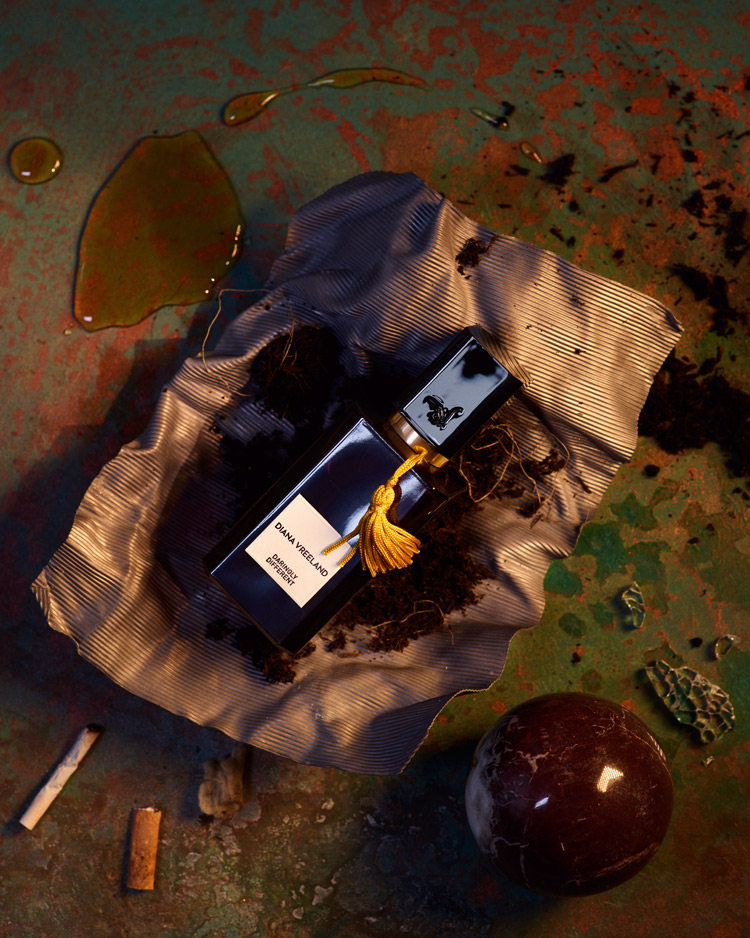 If you aim to be a game changer ask yourself, “What would Diana Vreeland do?” at least once a day. The woman that singlehandedly changed the world of fashion magazines had an olfactive preference for notes that were considered very masculine at the time: those of leather. Why are we not surprised? 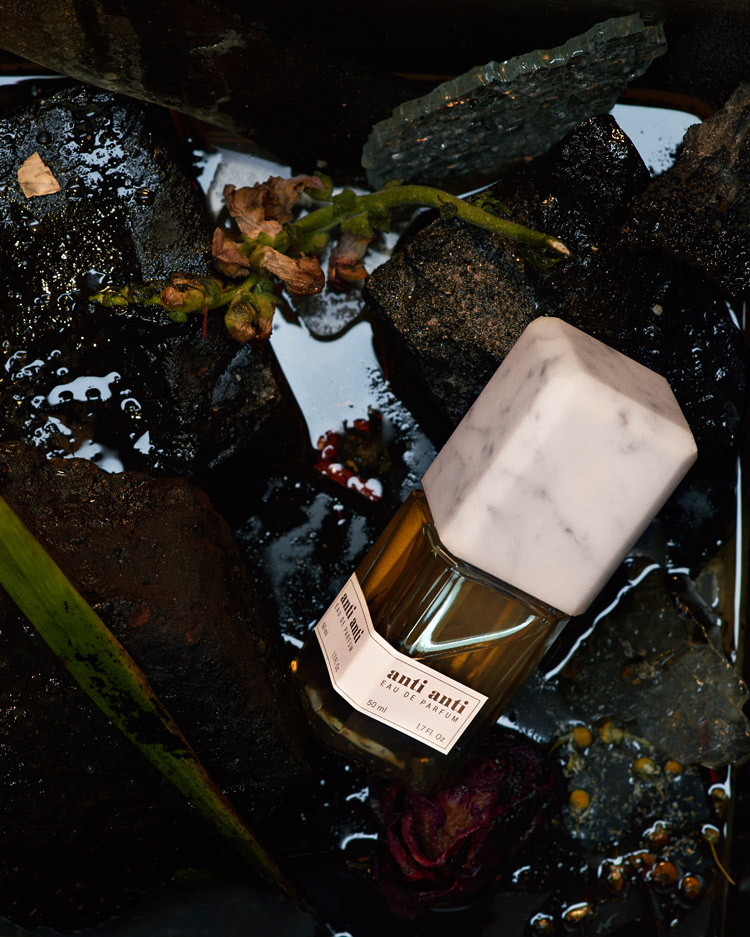 In a world fractured by anger and rage, conventional concepts of freedom become useless. What if the new rebellion is no longer anti but positively Yes? Say Yes to empathy, altruism, and compassion! Yes to the beauty of life, diversity, and perfume! 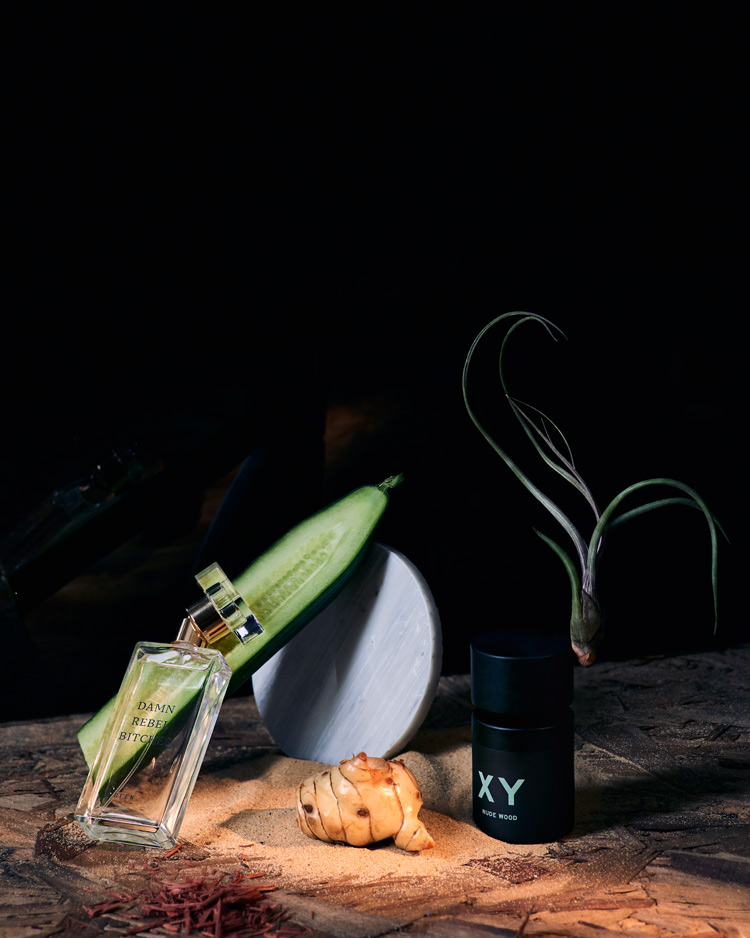 “Rhiannon rings like a bell through the night
And wouldn’t you love to love her?
Takes to the sky like a bird in flight
And who will be her lover?
All your life you’ve never seen a woman taken by the wind
Would you stay if she promised to you heaven?
Will you ever win?”

This perfume was created to immortalize heroic, unapologetic women through scent — fearless women who defy gravity. Scotland-based label Reek brings you this perfume as an everyday rebellion, a reminder of female power. Blood orange, hazelnut, pink peppercorn, and clary sage provide the necessary momentum to make this message heard.

“Into the trees.
Suddenly I stop
But I know it’s too late.
I’m lost in a forest
All alone.
The girl was never there.
It’s always the same
I’m running towards nothing
Again and again and again.”

Follow the call of the wild! Dust particles dancing in a single ray of light that cuts the moist darkness between the towering trees. Creatures sneaking, galloping, crawling, and jittering, a soft bed of moss and trefoil — it’s all there in this fragrance of cedar flowers, leather, lily of the valley, labdanum, and benzoin. What a beautiful place to make love! 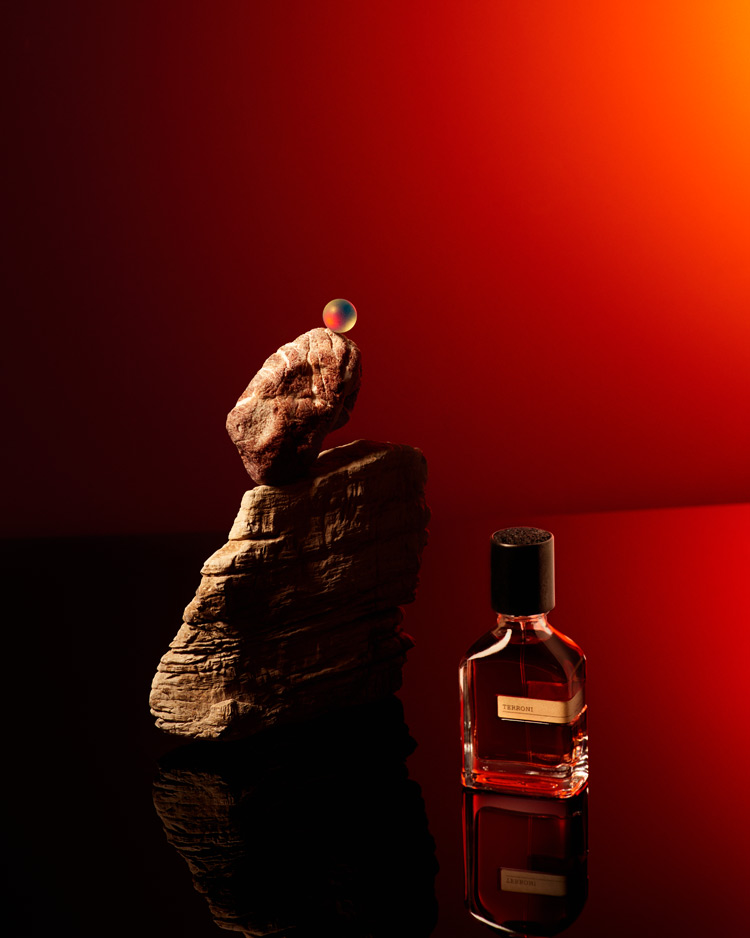 Terroni recalls the fact that our universe came into being through a big bang. And it celebrates those who are still in touch with these unbridled powers of creation, who have a hard time fitting into a world of lukewarm shallowness. It is for those who just can’t help to set alight whatever and whoever they touch, and who’d rather burn alive than deny their greatness. 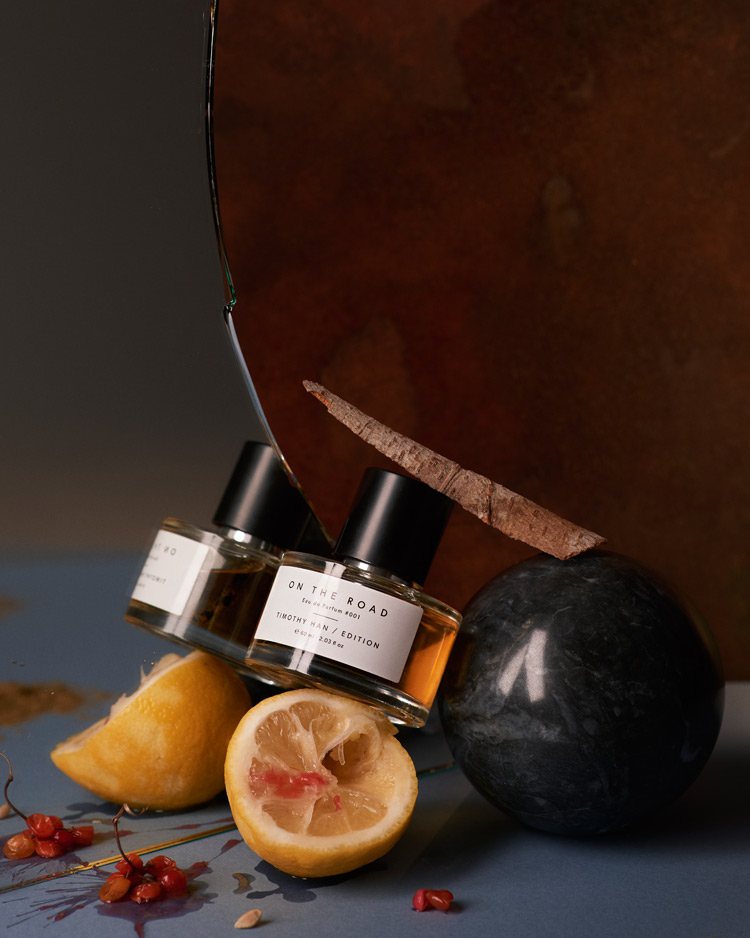 “The only people for me are the ones who are mad to live, mad to talk, mad to be saved, desirous of everything at the same time, the ones that burn, burn, burn like fabulous yellow roman candles exploding like spiders across the stars and in the middle you see the blue centerlight pop and everybody goes ’Awww!‘.”

With catholic spirituality, promiscuity, Buddhism, drugs, and travel as key ingredients in your poetry, you’re probably a rebel. Beatnik pioneer, underground celebrity, and drop-dead handsome Jack Kerouac sadly didn’t live long enough to enjoy the belated acknowledgement of his work — but his poetry lives on and inspired Timothy Han to create this beautiful fragrance. 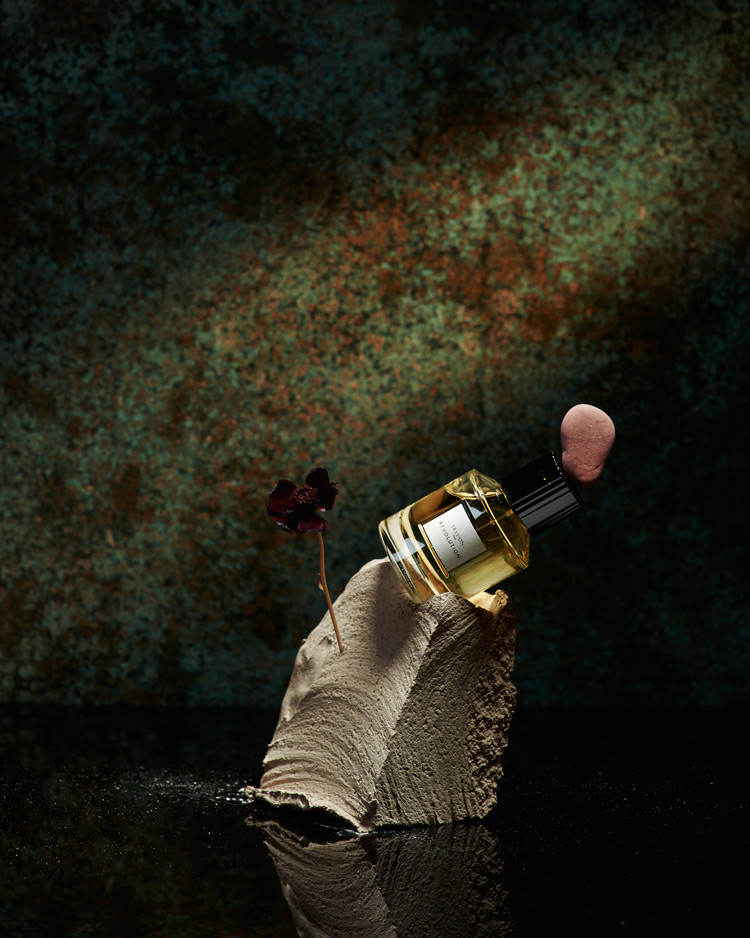 Revolution may sound like a whisper but it smells like smoke and musket powder — at least according to Paris-based perfume house Trudon (and the French should know). The real revolution here is that this and three other offerings are the first-ever personal scents by Trudon — hitherto famous for their scented, sometimes Napoleon-shaped candles. 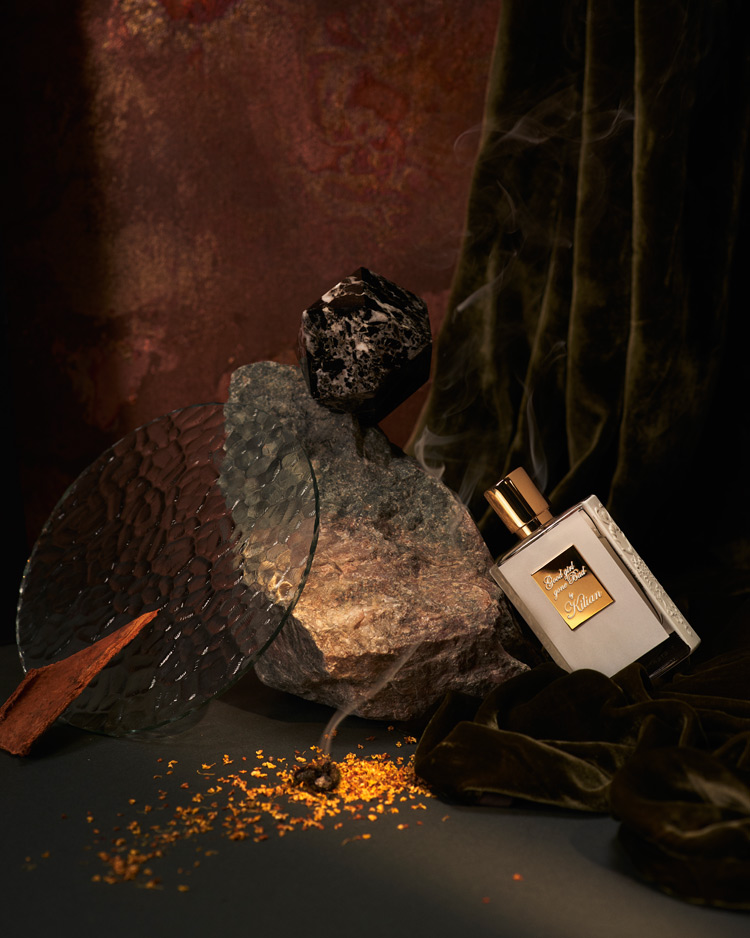 “I don’t give a damn ’bout my reputation
You’re living in the past
It’s a new generation
A girl can do what she wants to do
And that’s what I’m gonna do!”

— Bad Reputation by Joan Jett and the Blackhearts youtube

No one said the road to freedom would be toll free, so if hearts get broken and bridges get burned along the way you’re not to blame. The reward at the end of the journey will be worth all the trouble and a damn good perfume can help you get there! 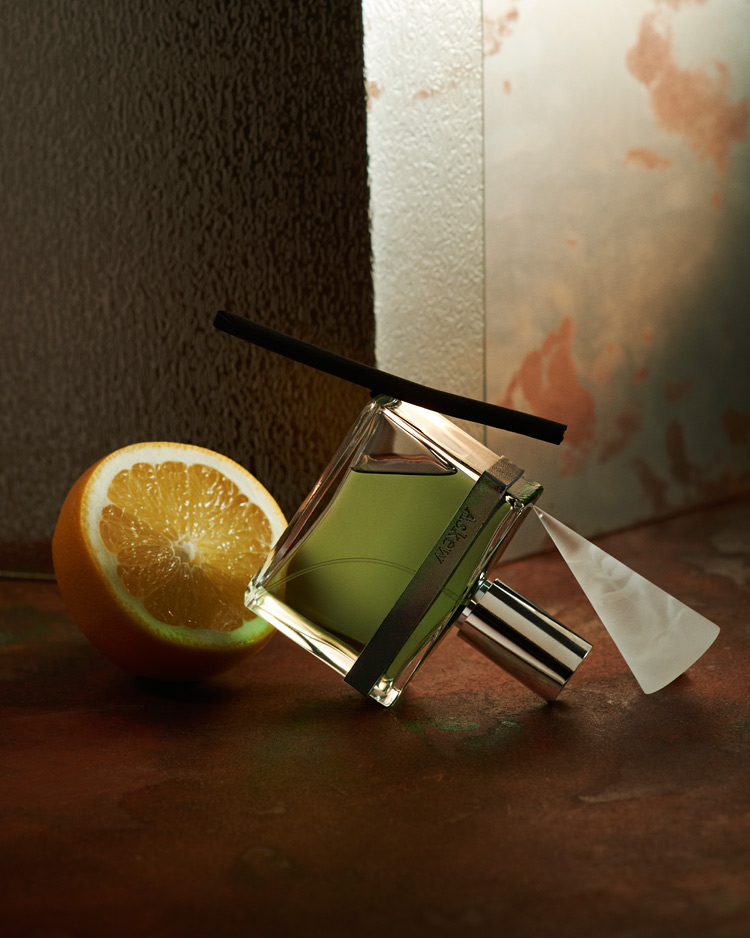 “You’ve got your mother in a whirl
She’s not sure if you’re a boy or a girl
Hey babe, your hair’s alright
Hey babe, let’s go out tonight
You like me, and I like it all
We like dancing and we look divine.”

Here’s a secret: Type ASKEW into your Google search field and you’ll get a distorted list of results that makes you think your computer has gone belly up. Techie humor aside, being an oddity can be a pretty good strategy for greatness. This fragrance is an homage to all you askew, twisted, queer, and beautifully crooked misfits out there¾you’re the ones! 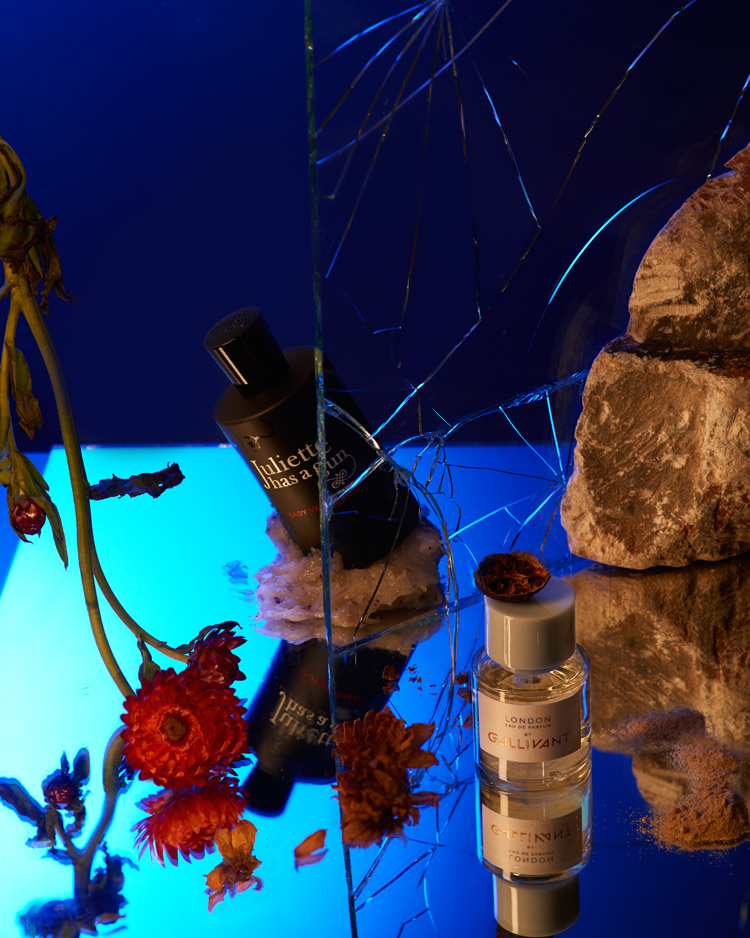 10. Juliette Has A Gun: Lady Vengeance

Beware the fury of a patient man — or a patient woman! In this creation, star perfumer Francis Kurkdjian is playing for time by concealing vengefulness and wrath with delightfully smooth ingredients like rose, geranium, lavender, musk, and amber. But remember: Juliette has a gun!

“He’s the hairy-handed gent who ran amuck in Kent
Lately he’s been overheard in Mayfair
Better stay away from him
He’ll rip your lungs out, Jim
I’d like to meet his tailor
Aaoooooo! — Werewolves of London!”

Still waters are deep, and beneath the manicured exterior of a London gentleman may lurk the fangs of a ferocious werewolf. Remember this during your next trip to urbane London; don’t let them fool you with seductive odors of leather, may rose, orris root, and cedarwood. Most of all: beware of the cucumber sandwich! 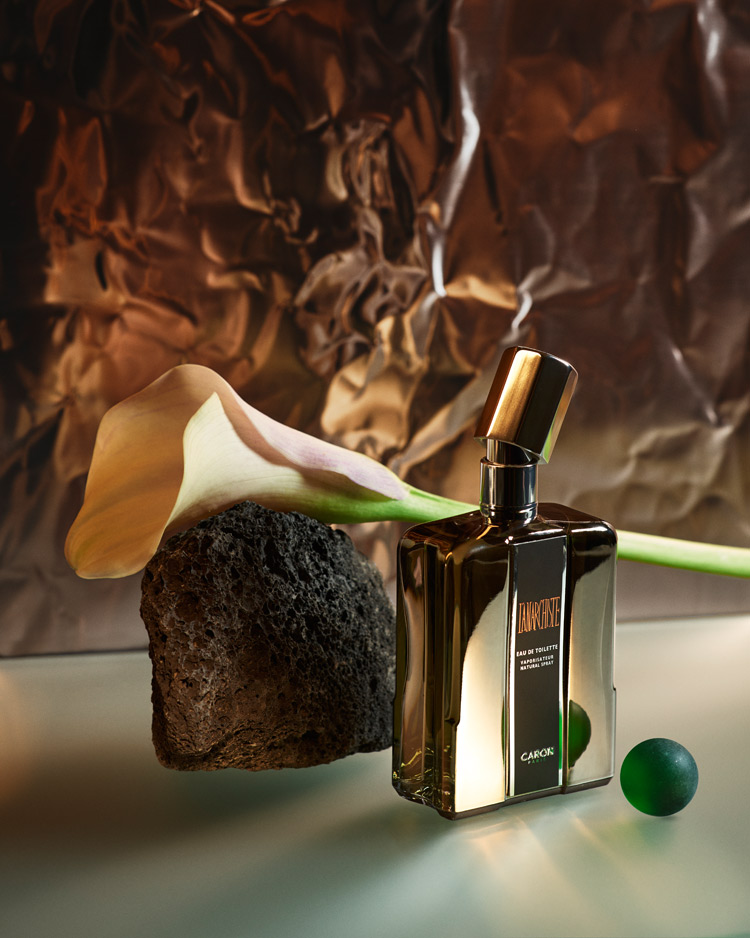 “The slayer’s arrived on a black horse of steel
Trouble is coming, hell on two wheels
Hide in the shadows, awaiting defeat
Or live by the sword and choose to be free
Anarchy’s coming, here it comes!”

When the venerable house of Caron released this in 2000 hell broke loose: too loud, too different, an insult! If only the critics had paid more attention to the name of the scent: they would have noticed the joke was on them. This creation wanted to be a troublemaker — and with time became another Caron classic that was ahead of its time.