Till Brönner is the most successful German jazz musician ever — and a perfume lover. He’s one of the few jazz trumpeters known by name to a broad audience beyond the often secluded world of jazz. What better place to meet such a fabulous creature for a journey into scent than The Coven, one of Berlin’s most beautiful bars, designed by the talented Thilo Ferdinand Reich! Till’s incense-swathed past as an altar boy, fabulous pasta aromas in the Rome of his childhood, and his passion for Eau Sauvage are just some of the topics we touched on. www.tillbroenner.de 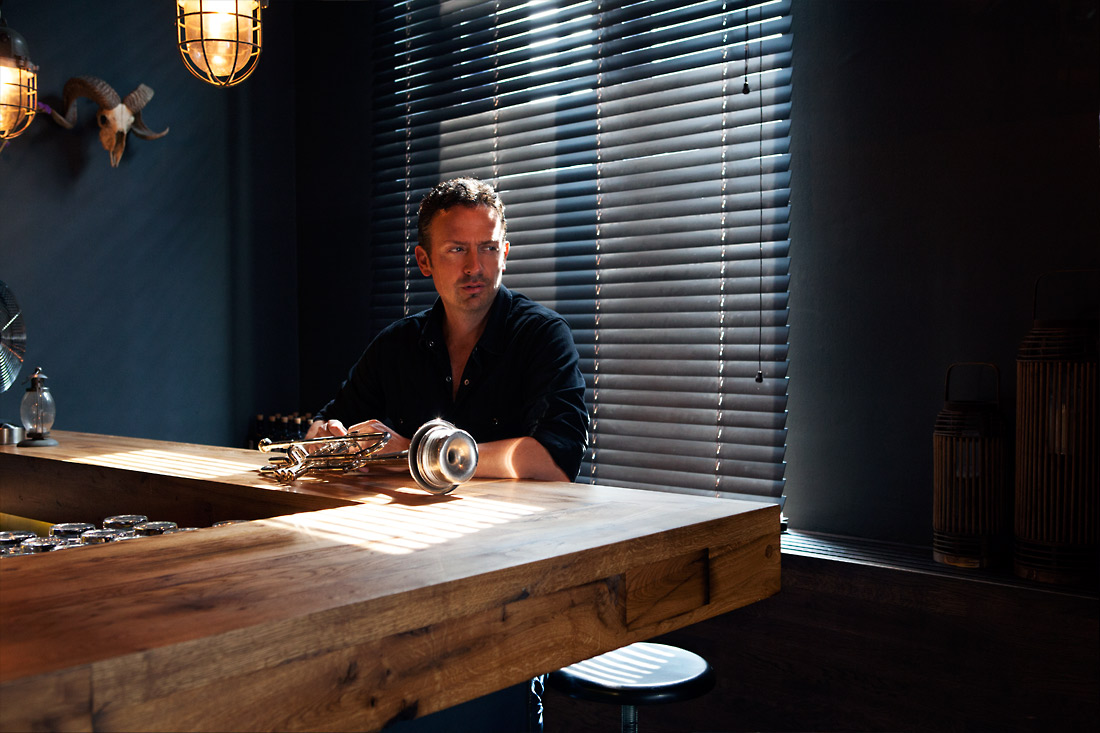 We confronted Till Brönner with a mystery perfume in a neutral, opaque vaporizer. Only afterwards did we reveal the name of the scent. Follow Till on his journey into scent …

“Shivers down the Spine.”

I was an altar boy as a kid — my entire world was pretty Catholic. I first grew up in Rome then later moved with my family to the Rhineland, where I finished my schooling in a Jesuit college. The church in my parents’ village was of the modern sort common in the early 80s. It smelled of candlewax and mildew — except when the big decorative bouquets were set up. Then it had more of a candlewax and floral mix smell. And there was incense too, on the holy days of obligation. The perfume here takes me back to Easter eve, when we altar boys would huddle outside in the cold, waiting for the priest to light the Easter fire. So there’d be an odor of incense and wood smoke — with possibly a dash of combustive agent, seeing as the fire always burned really fast …

Being an altar boy held great appeal for me: the grave responsibility, wearing a uniform, the ritual of it all, and the ancient texts … And also the reclusiveness, since churches lend themselves to an ephemeral sense of peace and contemplation — and to drama too, of course, given that the proceedings unfold on a stage of sorts, and awaken expectations in the viewer — and are overseen by people one looks up to.

The parish organist encouraged me to play the trumpet in church. And so began my gradual shift from altar boy to musician, until the point came when I much preferred playing on the gallery to helping serve mass. The trumpet is generally much more common among Protestants, in Bach’s brass choirs, for example. The logic and conclusiveness of Bach are not unlike the structures we practice and work with in jazz. Bach, as we know, was a great improviser and so quasi, the first jazz musician ever.

I was recently in La Seu, the Gothic cathedral in Palma, which, with its enormous stained glass windows, is incredibly beautiful. And for anyone socialized as I was, that kind of thing sends shivers down the spine. It brings it all back in an instant, including the reflex to behave properly, to show respect, not to disturb anyone. And it also hones a particular attentiveness: Where is the holy of holies? Is the eternal light still burning, or not? Are people praying now, or are devotions perhaps underway? 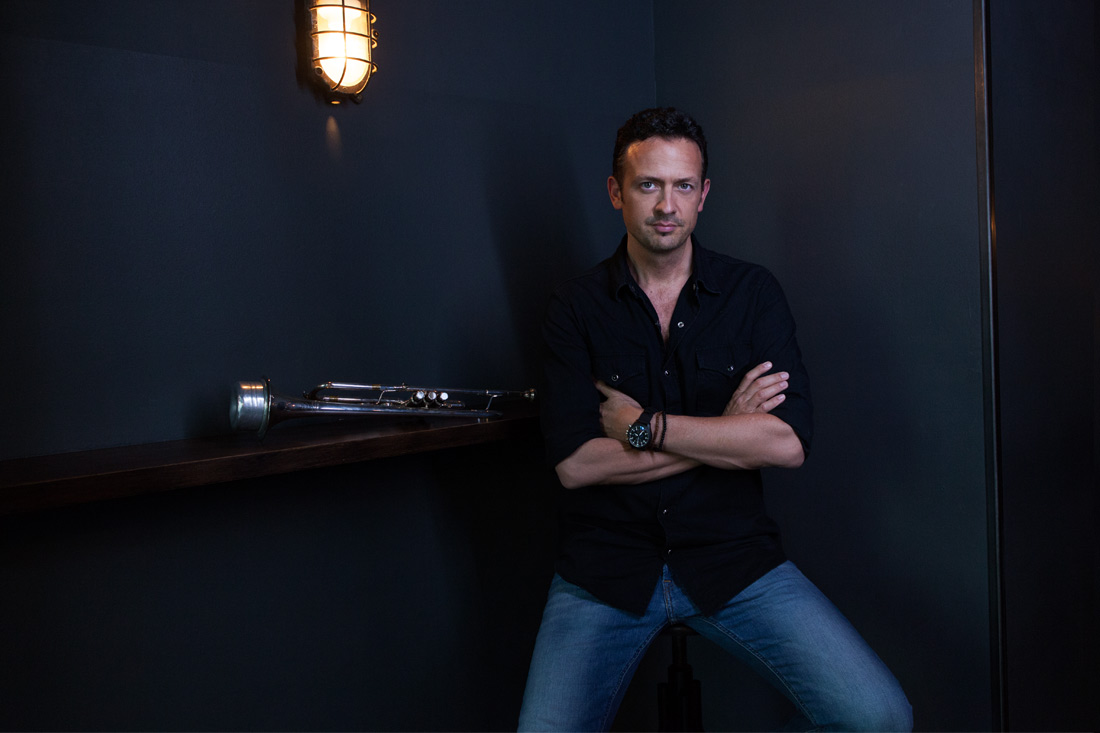 “The logic of jazz.”

Scentury: What is your earliest memory of scent?

TILL BRÖNNER: Semolina pudding, I guess: good nourishing stodge. A mere whiff of it is enough to whisk you back to your childhood days in an instant. It is comfort food to a T. For when kids start eating solids is when all their five senses start to grow more acute.

SC: You grew up in Rome. How did that smell — of pizza and spaghetti?

TB: Yes, it really did smell of those meals that kids love to eat. In Rome, a really good pizza smells of fresh ingredients, fire, and wood-smoke … People cooked a lot, on the whole; and at midday in the stairwells, there’d always be the odor of some incredible pasta sauces. Italian cuisine sets great store by quality ingredients and fuses them in almost unimaginable ways: whereas the mere idea of tripe-filled panzerotti, a specialty of Roman cuisine, is enough to make most people’s stomach turn. 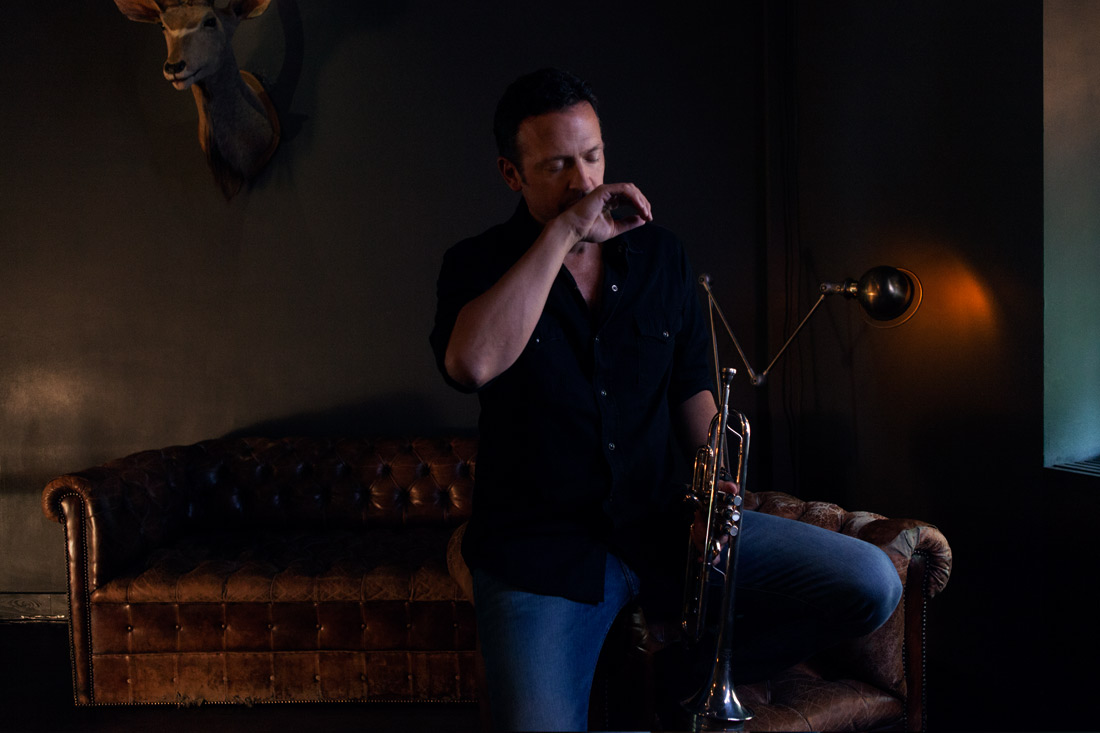 SC: Mine would, without a doubt. But I’d put misgivings aside, if you were to really recommend I try it.

TB: You’d need a strong stomach. It’s hefty fare. Something you either love or hate.

SC: The Italian perfumer Gabriella Chieffo has launched a perfume with the name Ragù. And it really does have something of a Bolognese sauce on pappardelle. But it works, and can be worn with ease: it has a salty smell, and some herbal and lemony notes.

TB: It sounds thrilling — as long as it doesn’t smell of tripe!

SC: Do you recall which was the very first perfume you used?

TB: Yes, it was Tabac Original — an aftershave that’s available only in drug stores, these days. I must have been eight or nine at the time, and saw it on my father’s or uncle’s shelf, took a sniff, and, at some point, splashed it on. Which doubtless had a lot to do with wanting to feel grown-up.

SC: And what was the first perfume that you bought for yourself?

TB: That was truly an eye-opening moment, because it was a scent that completely bowled me over at the time. It was Jil Sander’s first ever scent for men, Man Pure. But unfortunately, the line was discontinued.

SC: I have good news for you. The fragrance was re-launched in 2004. It now goes under the name Scent 79 Man, but it’s essentially the same.

SC: I’m likewise a big fan — it was my first ever perfume too. Do you regularly wear perfume?

TB: Yes. Which is partly to do with the fact that I sweat such a lot on stage, and so I always take care to smell at least halfway presentable. And I may perhaps not always succeed, but I at least raise the odds that something stronger than my own body odor will win the upper hand.

SC: Do most musicians use your strategy?

TB: Unfortunately not. There are moments on stage, you find yourself suddenly bathed in an unpleasant swathe …

SC: Do you switch perfumes often or stick with signature scents?

TB: There are three between which I switch back and forth. I mostly wear Eau Sauvage. It’s so popular that one might easily think: “How boring!” But I don’t find it boring at all. Eau Sauvage is a perfume that I’ve rediscovered for myself countless times, after smelling it on other men.

SC: A true classic. How did you first discover it?

TB: A woman once made me a gift of it — her good deed of the day, perhaps. She’d got to know it through her husband, and she evidently had good taste! I particularly like the biting freshness and slightly soapy cleanliness of Eau Sauvage. The second scent is Kiton, the third Nutmeg & Ginger from Jo Malone.

SC: Do you feel some scents are better suited to jazz than to hip-hop, say, or chanson?

TB: With chanson, the associations flow really easily — France being the home of perfume and all … Whereas hip-hop puts me in mind of more brutish or perhaps very brand-savvy creations with a definite bling-bling factor …

SC: And which are apt for jazz?

TB: For my taste, more tangy tones from the cognac or woody corner … With something a bit smoky about them, even though that’s already such a cliché: the smoke curling slowly upwards from a fat cigar …

SC: Yves Saint Laurent once did a perfume called Jazz.

TB: Which I didn’t care for much at all, but people still bought it for me constantly, always with a dig in the ribs and the line: “Check this out! Have you tried it yet?”

SC: But now at last, everyone knows that you’d be much happier to be given Eau Sauvage.

SC: Thank you, Till” 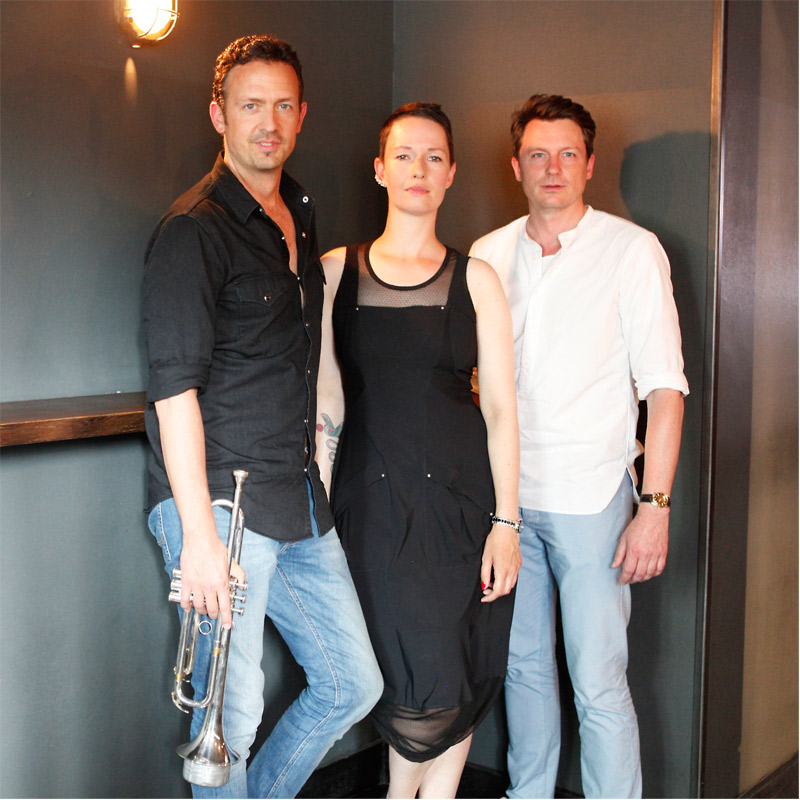 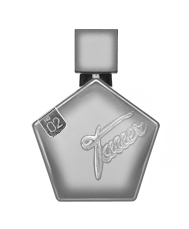