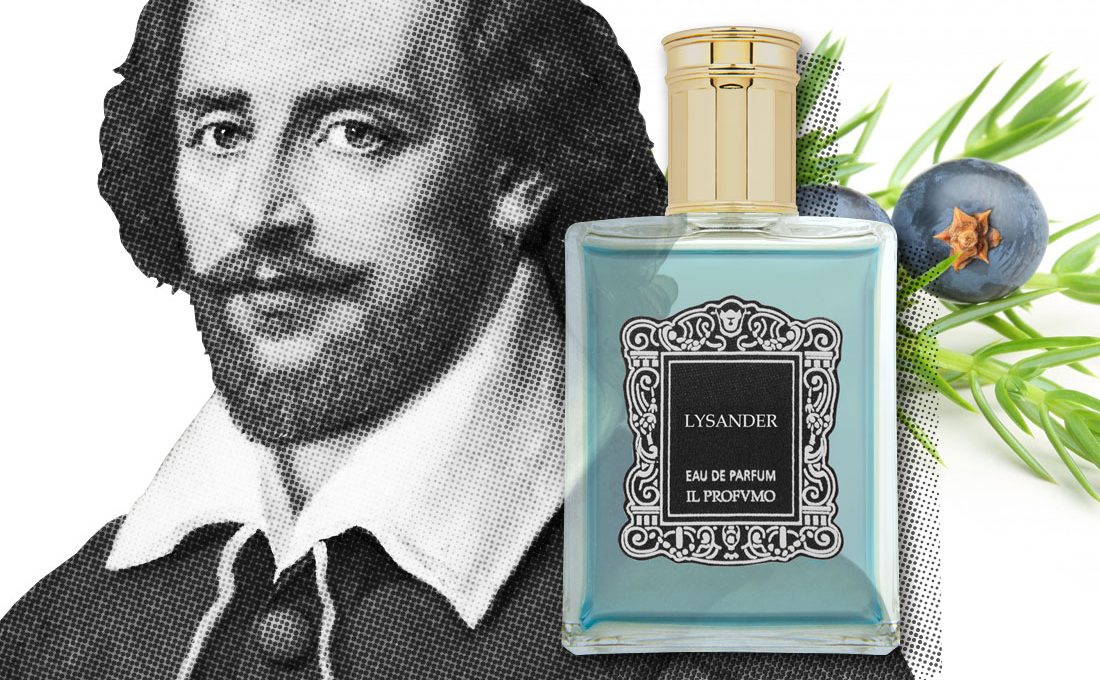 A fragrance line for fans of perfume and world literature alike: On the heels of Othello, Il Profvmo launches a second scent inspired by Shakespeare: Lysander. Romantic, sensual, playful—these are just a few ways to describe the protagonist of one of William Shakespeare’s most popular plays, A Midsummer Night’s Dream. With both a rebellious and cheerful spirit, Lysander’s consuming quest for love and hedonism is his only compass.

A Midsummer Night’s Dream is the comedic adventure of four young Athenian lovers. One of them, a handsome young man called Lysander, is in love with Hermia — but her father does not approve. When Hermia is forced to choose between dying, never seeing this man again, or marrying the guy her father has chosen for her, she and Lysander run away into the forest. After many entanglements and mix-ups — mostly thanks to the benevolent but not-so-smart fairies inhabiting the forest — Lysander marries Hermia and they live happily ever after.

“Lysander is a bespoke lover with striking swagger.”

“The idea behind my conception of Lysander was to channel all of the character’s emotions through a single perfume,” Silvana Casoli, founder and creative mastermind of Il Profvmo explains. “Lysander is very much the modern gentleman, a bespoke lover with striking swagger. He retreats to the dreamlike and enchanting Shakespearian woods, entering a fun-ridden world of games and extravagance and experiencing a wide range of sensations. A genuine explosion of senses that I wanted to reproduce for this perfume,” Casoli adds. 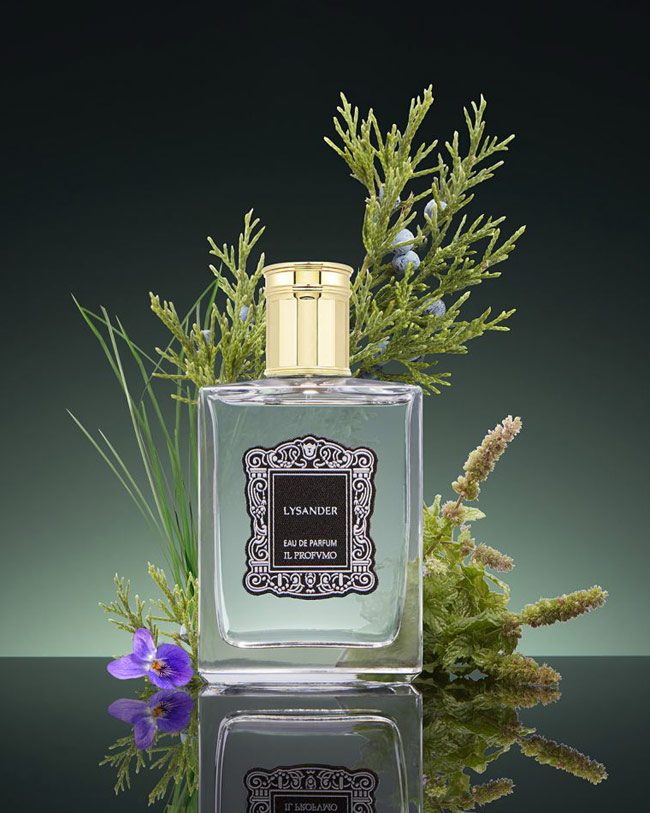 And indeed, Lysander is Il Profvmo’s ode to the forest’s luxurious vegetation. Both fresh and woody, the perfume is an olfactive canvas that explores the depths of nature’s multifaceted and endless aromas and spices. The scent’s dominant notes are water mint, juniper berries, and vetiver.

A video visualizing Silvana Casoli’s concept follows in the footsteps of the many cinematic adaptations of Shakespeare’s original play. Over the decades, legendary actors have played the part of Lysander, including Maurice Costello (1909), Dick Powell (Max Reinhardt’s 1935 version), David Warner (1968), Rupert Everett (1994), and Dominic West (1999).