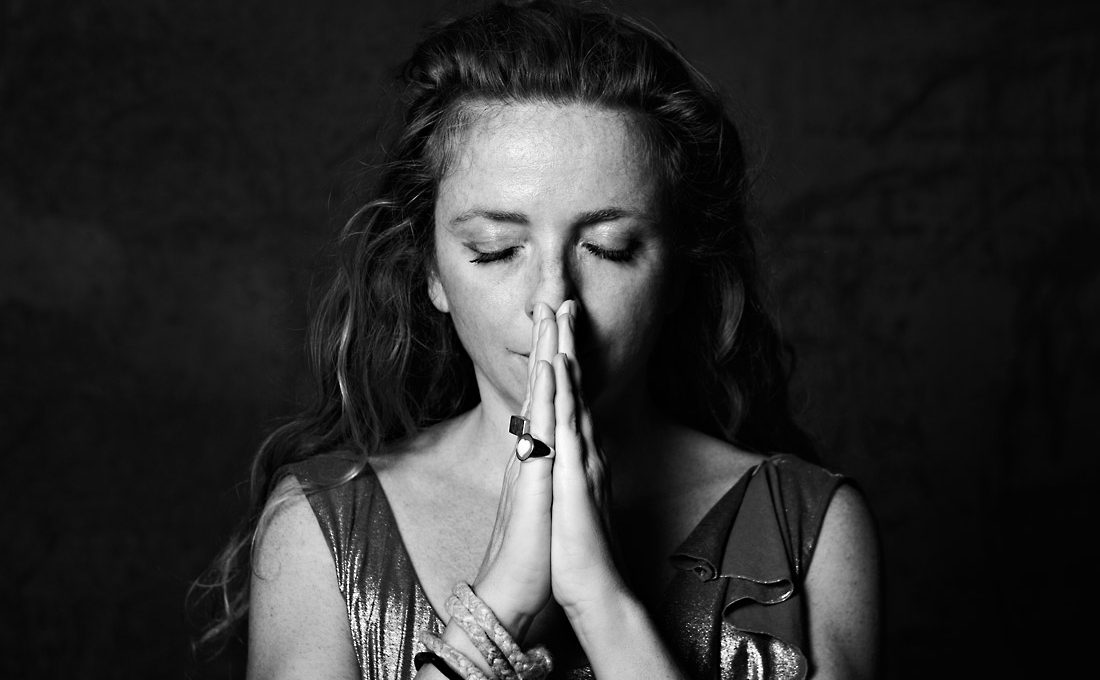 The actual meaning of Mendittorosa, the name of the Italian niche perfume house founded in 2012, is a secret that founder Stefania Squeglia is unwilling to reveal. But there were many other secrets Stefania was happy to share during our recent conversation in Milan. A life-altering experience on the volcanic island of Stromboli, the importance of astrology to her work, and the concept for the label’s latest launch, Nettuno, are just some of the topics we touched on. www.mendittorosa.com.

Planet Neptune, archetypes and how the Island of Stromboli saved Stefania’s life.

Helder Suffenplan: You once said that Mendittorosa isn’t niche, but ultra niche. What exactly did you mean by that?

Stefania Squeglia: We are too artistic and too artisanal to be defined by the word niche. Definitions of that kind are, after all, just labels — and I’m no fan of labels, because I find them very limiting. So, in reference to Mendittorosa, I prefer the term “artistic perfumery.”

HS: When and how did you start your brand?

SS: I started four years ago — but not directly with the brand. I actually began by changing my life. One day, I travelled to the south Italian island of Stromboli … 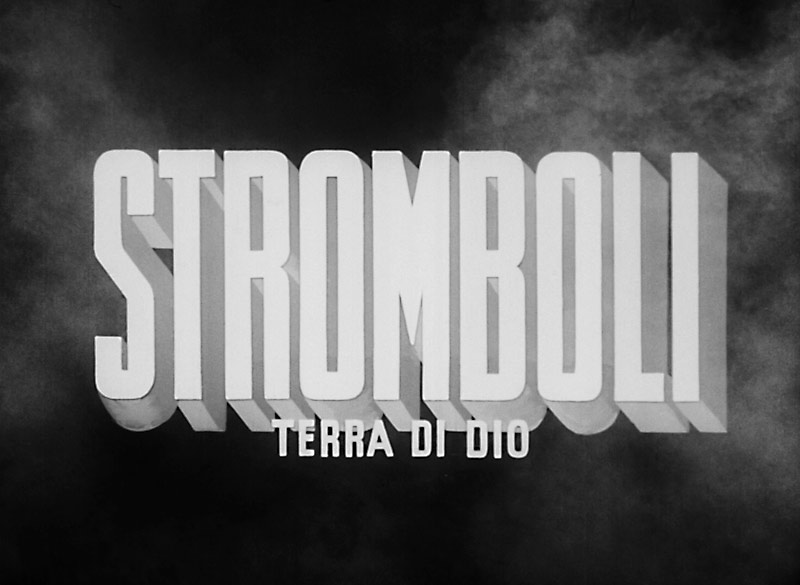 Movie title of Stromboli by Roberto Rossellini, 1950. Image: screenshot by the author.

HS: Where Rossellini shot his eponymous movie with Ingrid Bergman?

SS: That same island exactly. It has an active volcano, a friendly volcano one might say, since if it ever erupts, the lava flows directly into the sea and so the lives of the few hundred fishermen and their families are not affected. At the time, I was a marketing manager in the media industry. I felt really exhausted and actually travelled to Stromboli to recover my health. The power of the volcano helped me find my own path again, and thereupon change my life. I had always felt the urge to express myself artistically and evidently the time had come to focus on that entirely.

“Everything has not only an inside but also an outside.”

HS: How did you come to choose fragrance as a way to express yourself?

SS: Perfume is a channel for our souls, a means both to reach inside our private selves and to connect with our higher selves, which is to say, with a shared awareness of our cosmic interconnectedness. It also allows me to involve myself in very different tasks: I can first develop a philosophical concept for every scent and then go on to work on the packaging. After all, everything has not only an inside but also an outside. We have not only a soul but a body too, and we have to take care of both. So the product and the packaging are equally important. This is what makes every creation, every perfume in my line an artistic entity in its own right.

HS: You also collaborate with other creative minds to realize these projects. You work with perfumers, the artisans that make the flacons …

SS: I call this “my beautiful net of magic.” In the beginning I made many mistakes but then eventually gathered a group of angels around me. For instance, I found a Tuscan sculptor to do the flacons for Le Mat and Sogno Reale; I met a beautiful woman specialized in the manufacture of mirrors, with whom I worked on Nettuno; and then I had the great good fortune to run into those amazing perfumers from Flair Paris, Anne-Sophie Behaghel and Amélie Bourgeois.

“Thank you, Stromboli, for saving my life!”

HS: I noticed that the names of all your fragrances are strongly symbolic.

HS: Do you go back to Stromboli now and then?

HS: It’s wonderful to have a place to return to whenever you need to recharge and reconnect.

SS: Absolutely. And my wish both for you and for myself is that we will always find that place inside ourselves. But it’s easier said than done. So we’re lucky to have potent, regenerative places like Stromboli at hand.

HS: You just mentioned Nettuno, please tell me more about this fragrance.

SS: Nettuno is my personal take on contemporary astrology, just as Le Mat is linked to tarot cards and Sogno Reale to the unconscious as defined by C.G. Jung. I worked on Nettuno with one of Italy’s most famous astrologists, Marco Pesatori, after being deeply inspired by a beautiful poem he wrote about Neptune. The planet Neptune symbolizes our artistic sensibilities. With this perfume, I hoped to recall to mind that there’s an artist inside each one of us. I want people to connect with their own creative potential. Neptune’s element is mercury — quicksilver —, which is why we use mirrored glass for the flacon. Mirrors, as you know, reflect whatever already exists, hence also that inside us which has yet to come to light.

“Mendittorosa wants people to connect with their creative potential.”

HS: I’m reminded of Joseph Beuys, who once said “Every human being is an artist.” He didn’t mean to imply that all people are good painters or novelists, but rather that we are the authors of our own lives: each our own personal author-ity, so to speak. He also coined the term “social sculpture.” He regarded society as the outcome of a creative process, one that we must work on continually, with great care and conscious intent. We are all invited to be co-creators of this ever-shifting sculpture.

SS: What a beautiful image! I like that! And life is also a myth. Everything in life is a symbol and we need to attune our sensibilities to reading those signs. 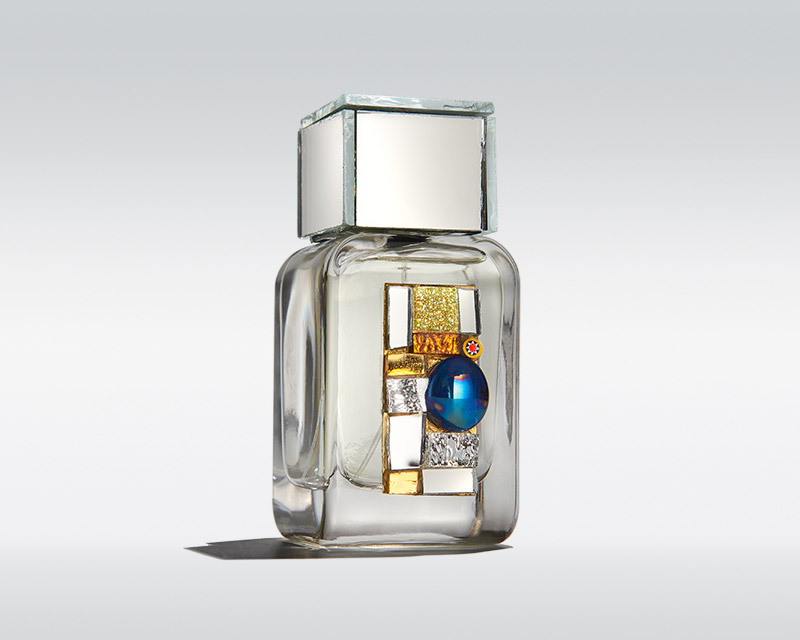 HS: So, to return to Nettuno, what was the concept for this creation?

HS: There’s a distinct metallic note in there, as well as a leathery accord, and something bright and sparkling.

SS: The metallic “mirror” smell comes from the complex rose accord created by Amélie Bourgeois. She translated that really beautifully. The sparkle you mention comes from the pink pepper. And there’s another something special in there, too: blue ginger. Which, since the color blue is attributed to Neptune, makes a perfect match.

HS: Yet the scent isn’t cold, despite its metallic notes.

SS: That’s true. But then, it’s a vision not of outer space but of cosmic flow!

HS: At Exsence you presented two new Mendittorosa scents, Rituale and Archetipo. For the first you worked with Amélie Bourgeois again. Can you tell us how you briefed her for the creation of Rituale?

SS: The brief contained my personal vision for the fragrance. Some of the ideas and images centered on myths, symbols, and rituals of ancient cultures and religions, a red explosion of emotions, distillation of time, an everlasting sunrise, and rich golden nectar. 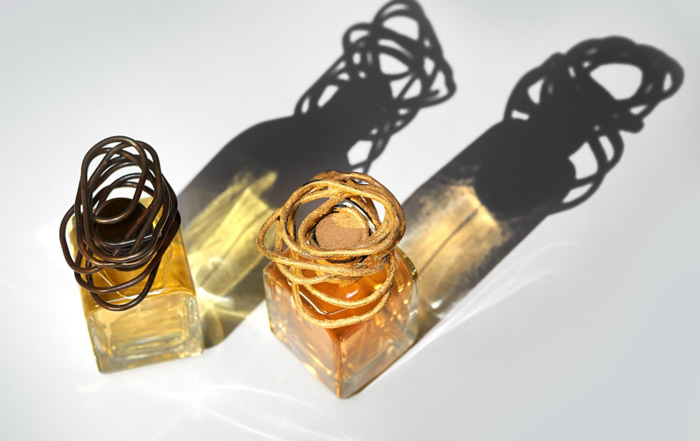 HS: Very strong images indeed. What connection do you see between rituals and perfumes?

SS: Perfume is a strong tool to create your own rituals to bless your days; it’s almost like a prayer whispering on your skin.

HS: This unique scent features heady narcissus, honey, lavender, dried and fresh herbs and flowers, and beautiful beeswax. This almost sounds like an ointment or balsam.

SS: Exactly. We created Rituale as a caring, wrapping balsam. Perfumes normally follow the wind while Rituale goes against the wind. It comes and never goes away.

HS: The other new launch, Archetipo, is a collaboration with the Italian perfumer Luca Maffei. What was your initial vision for this one?

SS: Shadows, a flickering candle flame, moonstone, marble … a scent that surrounds you in its absolute silence.

HS: You mentioned C.G. Jung earlier, and archetypes played an important role in his work. What do archetypes mean to you?

SS: Archetypes have always been here, before us, before all human ideas. Smell is strongly linked to memory and Archetipo is a way to re-enter our primordial memories and reconnect with ideas imprinted in our souls before birth. We can lose ourselves in a time without time. We need to forget to be able to remember again.

HS: There’s a special ingredient in this woody fragrance called Bushman Candle. Can you tell us more about it?

SS: It’s a special raw material selected from Namibia, a small plant used as a candle during the night. It protects from harm thanks to its heady scent. It’s a multi-faceted ingredient with smoky, woody, and incense aromas.

HS: Those who know your brand love the very individual design of the bottles. For Rituale and Archetipo you created two caps that look like coils made of metal wire?

SS: It’s my personal design brought to life by an Italian artist named Mauro Carrazza, and it symbolizes the emergence of order from chaos. Further connotations are tangles and knots, roots and streets, and nests. The material is curved by hand, piece by piece.