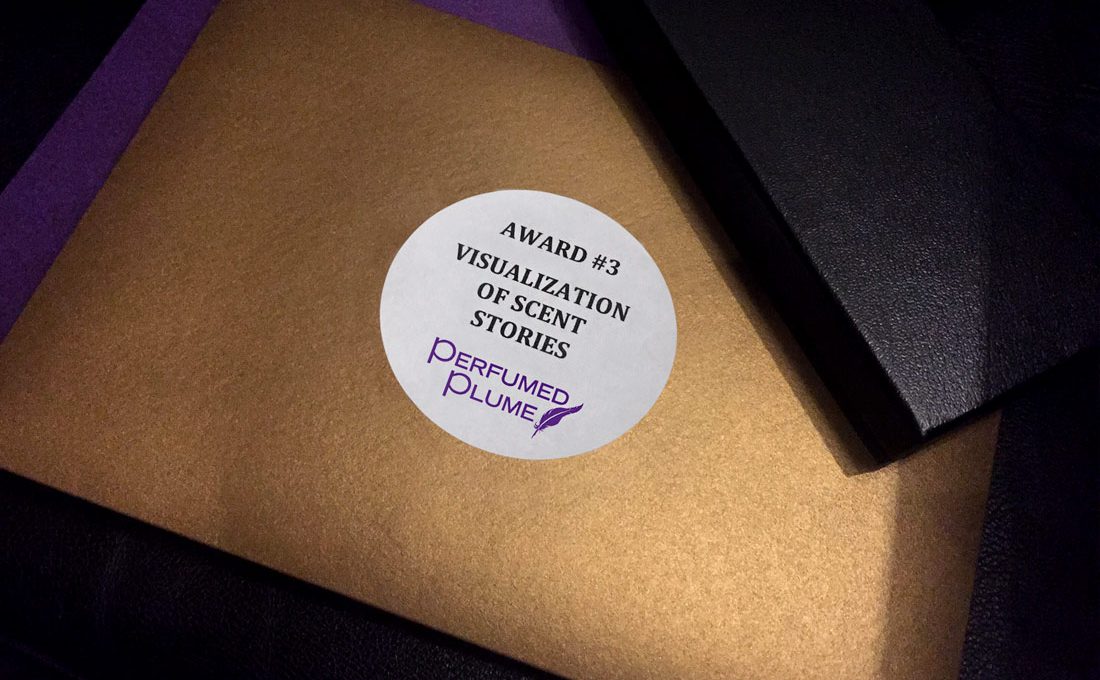 Last night the winners of this year’s Perfumed Plume Awards for Fragrance Journalism have been announced in a ceremony in New York. We are more than thrilled that SCENTURY is the winner in the category “Visualization of Scent Stories” with our AUTUMN EscENTIALS 2016 featuring stunning imagery by Paris-based photographer Roberto Greco and olfactive short stories by SCENTURY’s Helder Suffenplan.

The Awards have been founded in 2015 by Mary Ellen Lapsansky and Lyn Leigh as a prestigious recognition of the best-written word and visual creativity exploring the nature, pleasure, art and artists of perfumery. The judging panel includes luminaries such as The Institut of Arts & Olfaction founder Saskia Wilson-Brown and Sniffapalooza’s Karen Adams and Karen Dubin.

SCENTURY had been nominated in two further categories with the following contributions: