SCENT & VISION SCENT FOR YOU SPRING

Spring is the season of new beginnings, reawakening joie de vivre, and hormones running riot. From the multitude of perfume classics and new releases, we selected ten unique fragrances that struck a cord with us and had the power to spark an olfactive micro-story. We hope you enjoy our 10 picks for a perfect spring season, as well as the images from our sensuous photo shoot!

It’s the sound you hear first. The dazzling white, freshly washed sheets hung up to dry, violently flapping in the wind against the piercing green lawn, reflecting sudden rushes of bright sunlight. Sound and vision suck you in; you feel that dizziness, just as many years before when you stood on deck of that swaying boat, staring up at the blindingly white sails in a rush of vertigo, knowing there’d be no way back, surrendering to the new life waiting for you behind that Ocean. 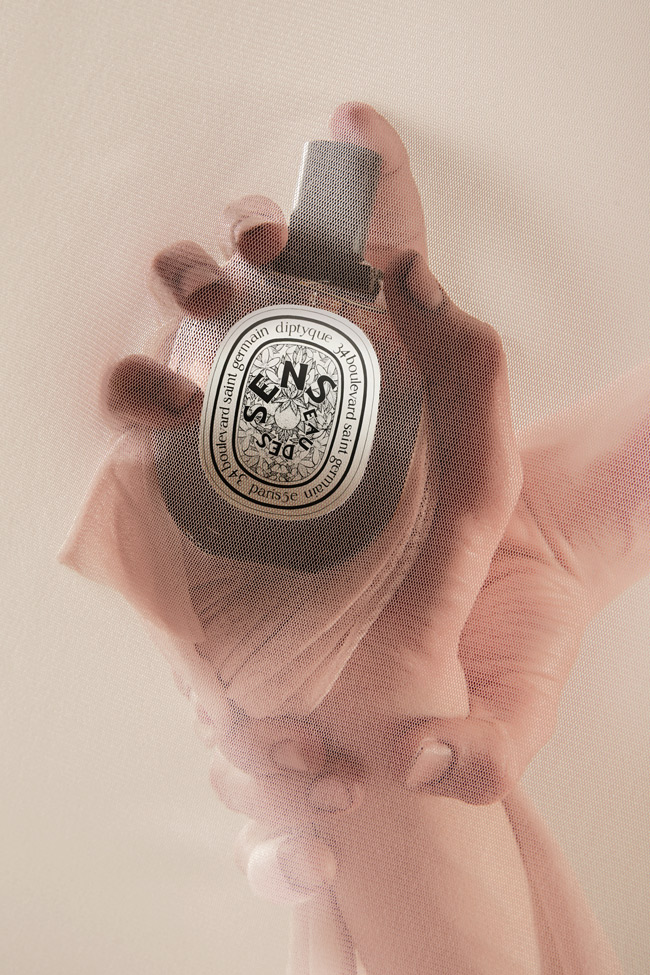 While down in the valley the fields and meadows reluctantly shrug of their snow mantle, life up here remains unchanged. We despise those naïve valley dwellers that get all worked up about some mildly warming sunbeams or one more hour of daylight to illuminate their petty routines. We who inhabit the glittering glaciers and abysmal ravines of the summits are from a different breed: lichens and crippled dwarf pines are our spring bouquets, crystal blue ponds our stoups, bare rock faces our cathedrals. 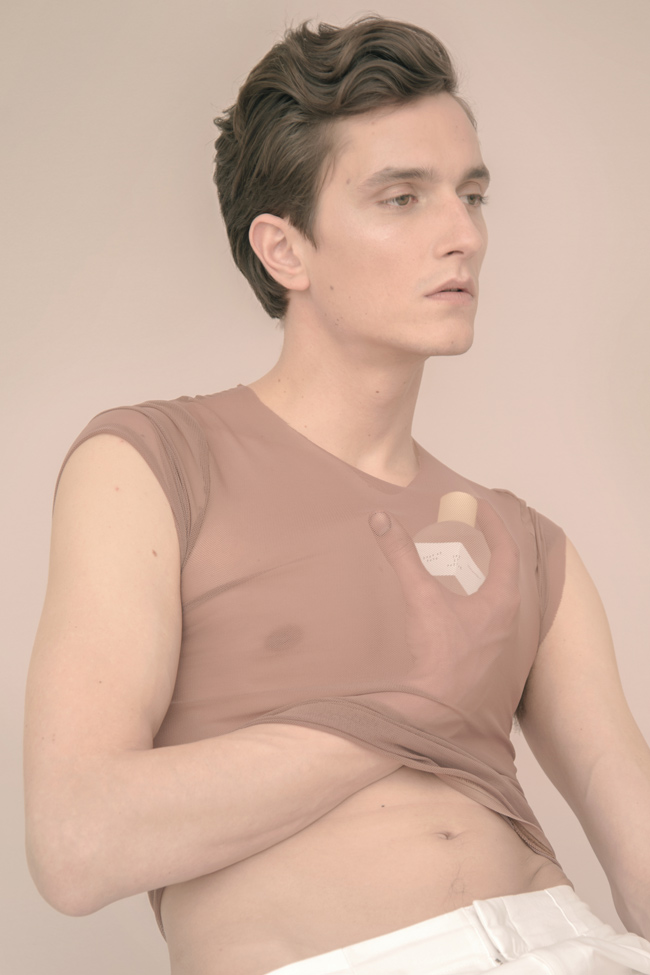 Long before the ice melts, the days get longer, and the birds of passage return from their winter home, life awakens beneath the surface. Solid matter liquefies, molecules unsnap, and blood, sap, and other fluids start to flood. During this time, even the most exotic of plants, sheltered in the elegant greenhouses of botanic gardens, stretch their blossoms in envy toward the fogged windowpanes to marvel at the miracle of resurrection from their Northern relatives beyond. 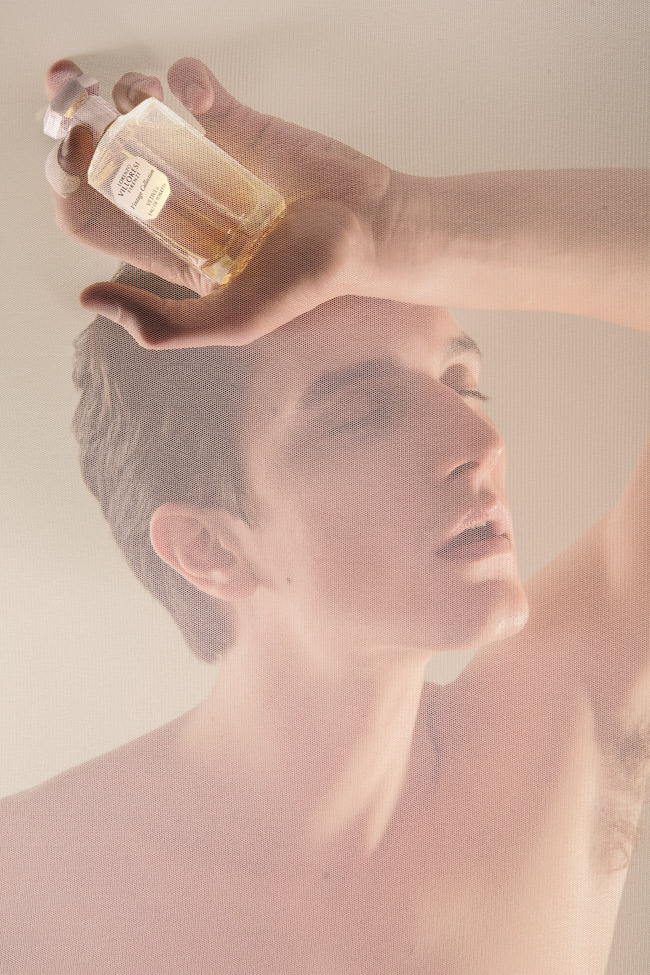 In the beginning, planet Earth was a grapefruit, and behold — God saw that it was good. Particularly its scent: fresh, fruity, and very tempting. So one day God decided to scoop out a delicious fruit salad. And because he was in a rather experimental mood, he threw in a bit of rhubarb here and some celery sticks there. Once he had the perfect mix, there was the matter of creating a new Earth. Otherwise the whole universe would have been thrown completely out of whack. This is the Earth we inhabit today — of course he made sure there will always be grapefruits growing on it. 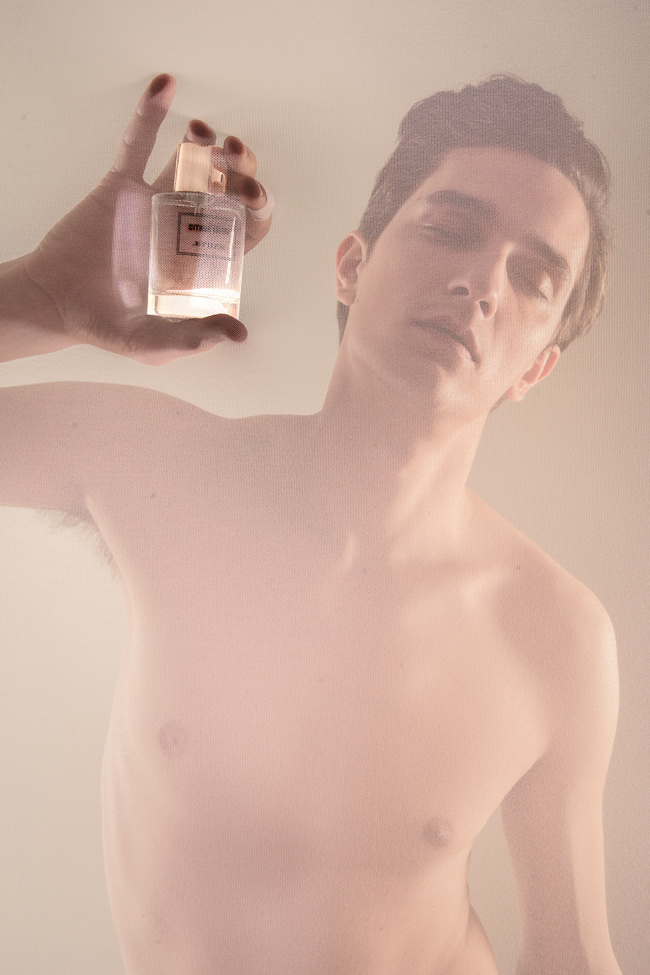 When Delphine closed the door of the little apartment in the rear building of the Rue Morgue, she was careful not to make a sound. There was no need for prolonged farewells. She had said goodbye a long time ago, only no one had listened. As she stepped into the street, tattered carpet bag in hand — the very same one she had carried through that door many years before — she drew in a deep breath of early morning air. From now on her life would be nothing but light, bright, and happy. It would be HER life. 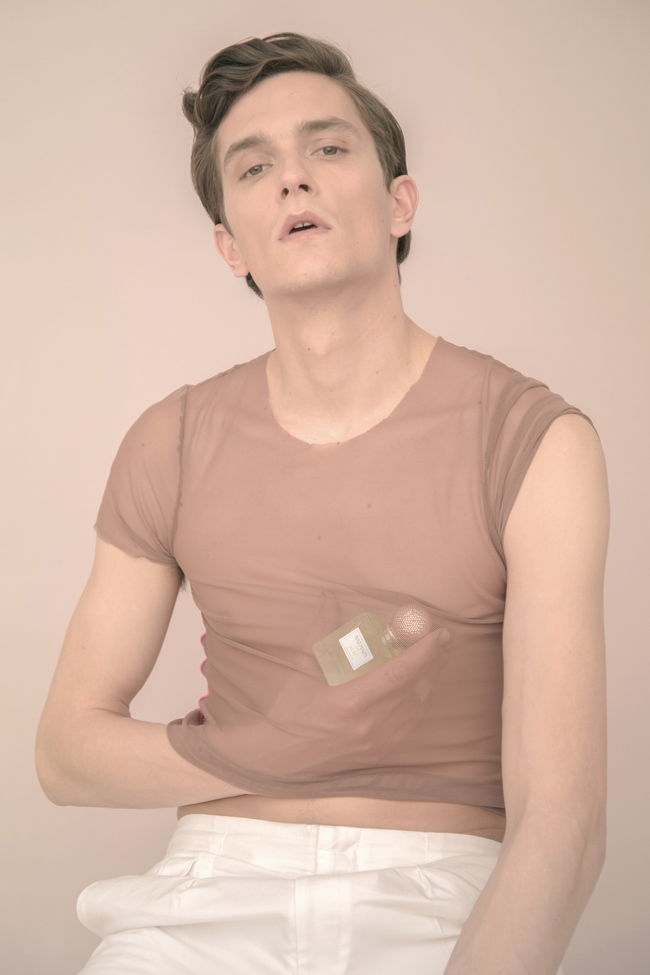 Just as now and then we get the blues for no particular reason or cause, there are those days when just as unexpectedly we get the pinks: that feeling of elation, the absolute certainty that life is just perfect as is and no one and nothing will be able to stop us from being ridiculously happy for the rest of our lives. What begins as a tickling in the nose, caused by a microscopic bubble of pink champagne, soon floods the whole body like an effervescent, bubbling tsunami of liquid spring fever!

07. Narciso Rodriguez: For Her EdP

The whole thing lasted just a few seconds and it happened many years ago. Still, the image of the young girl in her light rose Sunday dress was deeply embedded in his memory. Sure, she was pretty, maybe more than that. Brunette, with lighter streaks, and she had this strawberry mark on her right temple. But the thing that really killed him was the smell when she pushed by him to catch up with her girlfriends as they rushed out of church. He’s been searching for this smell ever since — or rather for a girl that smelled like this. 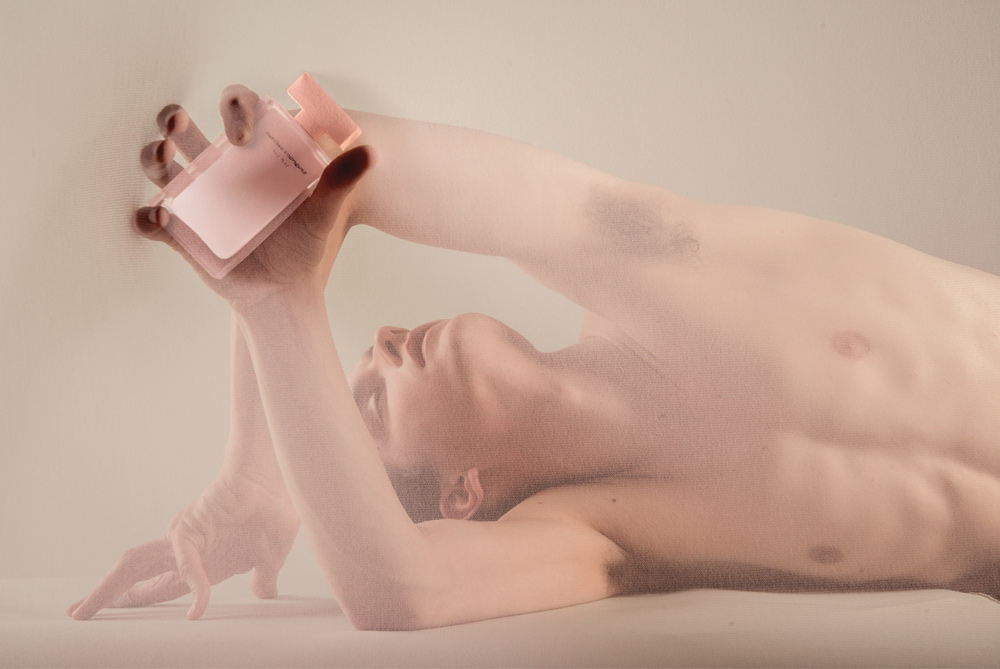 He was running late! Soon the cab would arrive. She’d get out and look for him with searching eyes. And he wouldn’t be there because here he was, clutching the milk, the herbs, and the flowers as he rushed back toward the house. He heard the clang of the bottle even before he realized he had tripped. For a moment the fresh iris blossoms, mint leaves, and branches of sage and lavender pooled atop the milk before the creamy concoction started its slow descent down the steep alleyway toward the harbor.

The Provençal dialect has a flavor of its own. It is the langue d’oc, the language of the Occitan, used by the troubadours of medieval times for their songs of chivalry and courtly love. Is it any surprise that the Provençal word for “flirt,” Caligna, sounds itself like the world’s shortest poem? Beckoning, alluring, caressing … Caligna. This is nature flirting with us, teasing us with flavors of southern herbs, pulpous fruits, and aromatic resins. It’s the call of spring! 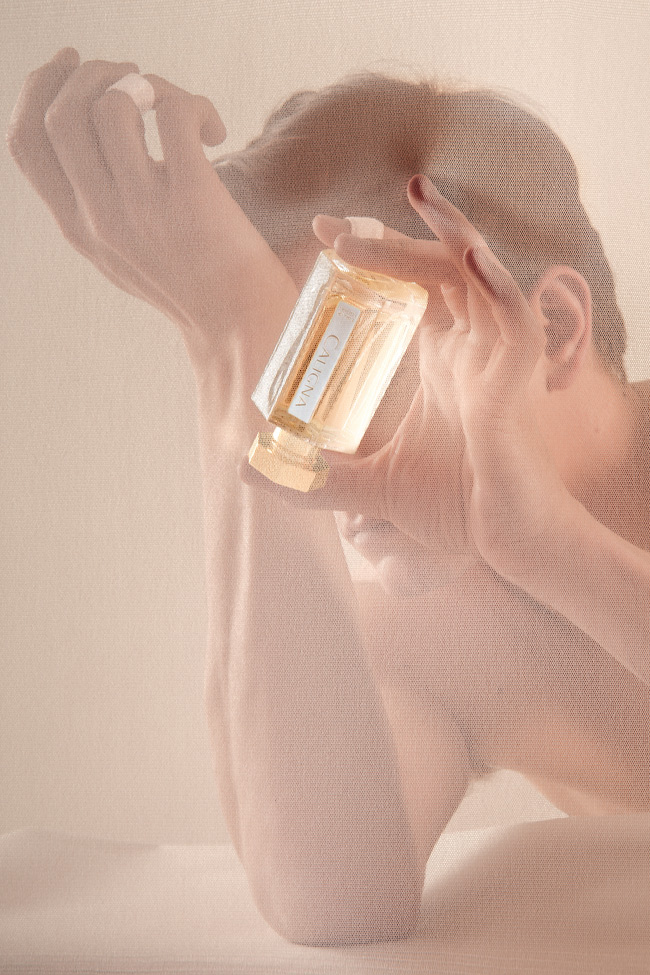 The songs of the birds sound different today — what do they know about blank pages, second chances, and the magic that dwells in each new beginning? It’s Easter Sunday, circles and streaks of light dance behind the still-closed drapes like a monochrome Delaunay — animated by a soft breeze carrying a promising scent of tulips, those harbingers of spring. For the birds, there’s no such thing as resurrection or afterlife — their eternity is now. 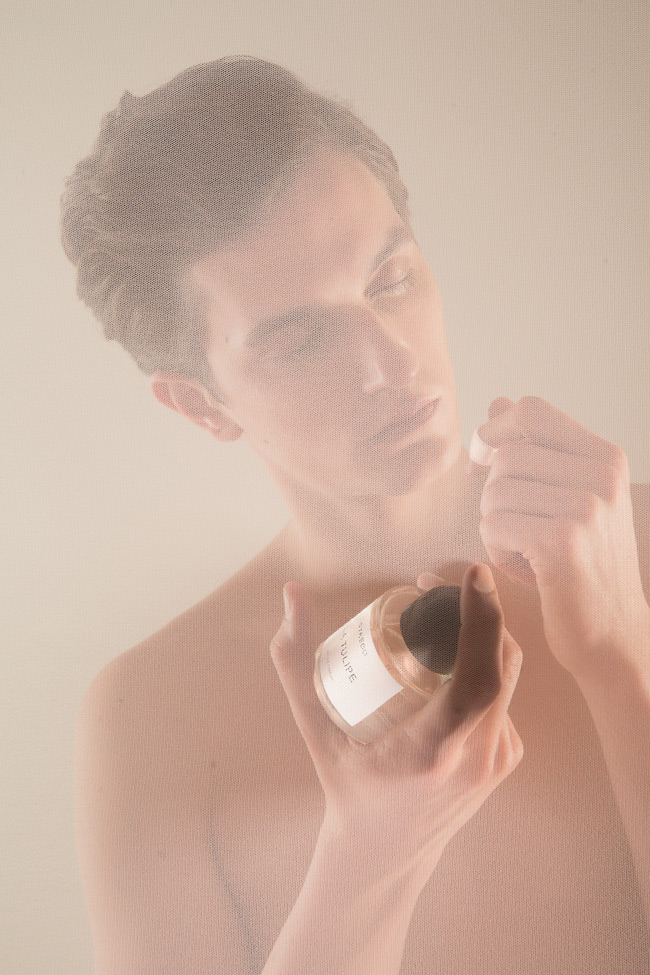