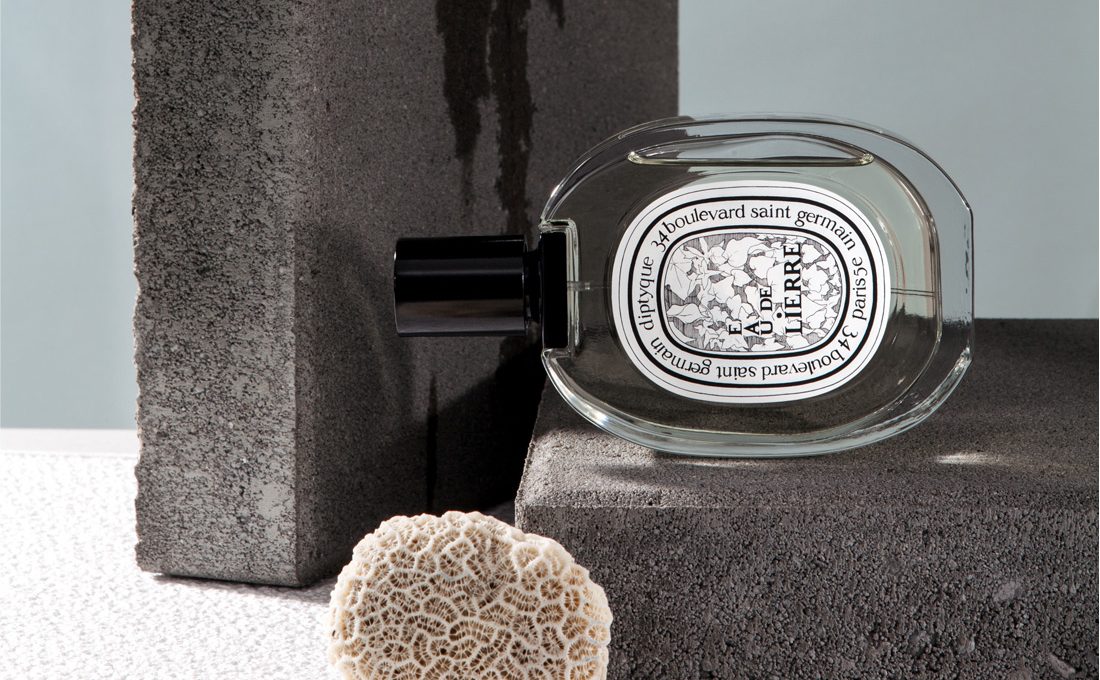 Memories of endless childhood vacations, first awakenings on southern beaches, visions of places you yearn to see — summer is all of that and more besides! We at SCENTURY have spared no effort in bringing you this list of 10 quintessential fragrances for the perfect summer in 2016. Enjoy our 10 olfactive short stories illustrated by amazing imagery from our exclusive photo shoot. Let summer begin! 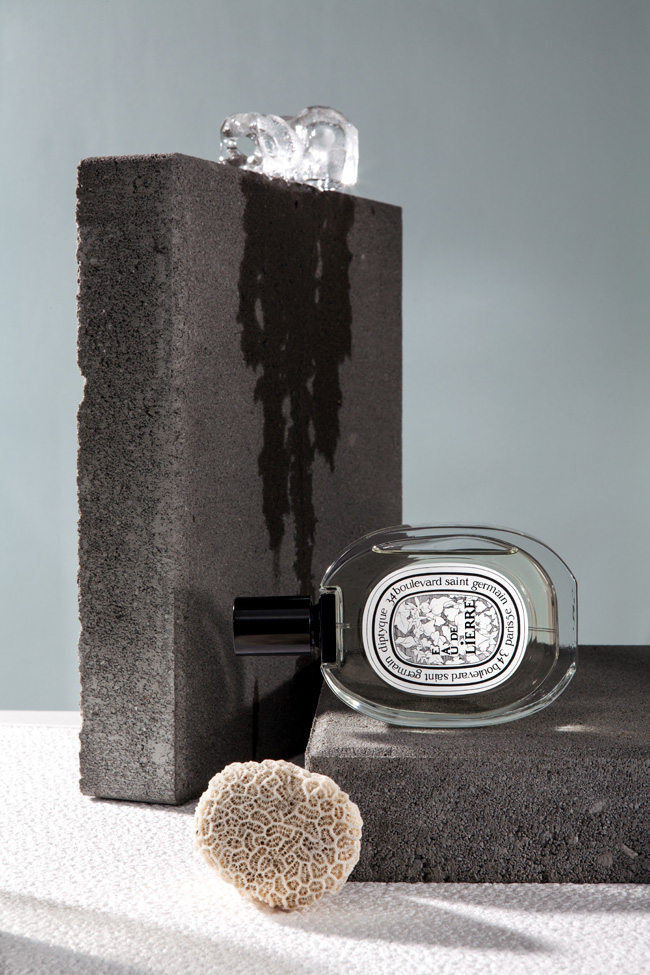 Nadia and I had the same way home from school — except for the last 200 meters, that is, since her family lived a little further uphill, where the properties were bigger and the cars out front of the houses more expensive. Right before our ways parted there was this endless red brick wall we called “the death zone,” because it reflected the scorching summer heat like a baking oven. Here, not even the most robust weeds could survive. One day we were moseying in silence through the death zone when Nadia suddenly paused right in front of the low iron gate in the wall, which within living memory had been locked with a chain but that day stood wide open. The cold, damp air on the other side sent shivers down my spine and before I knew it, Nadia had pushed me up against the inner wall that was entirely covered with ivy, clasped my face between her hands, and forced open my lips with her tongue. I felt one ivy shoot after the other crush between my back and the brick wall, one waxen leaf after the other rupture and release its tart, dewy sap into the air: my first kiss, herbaceous and green, not sweet and pink!

02.  Apoteker Teke: After the Flood 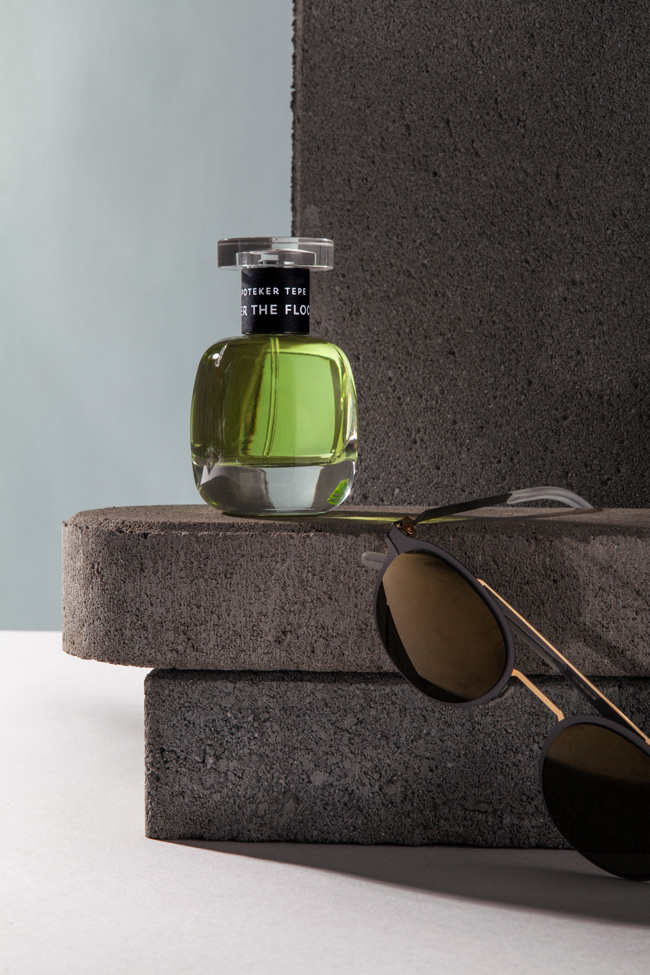 Through the huge sliding glass doors that covered the whole garden front they silently watched their six-year-old daughter as she stood in the pouring rain, right in the center of the lawn: her arms spread, face turned upwards, eyes wide open, as if anticipating an epiphany from above. Then, in a sudden impulse, traversing the garden with giant leaps, her drenched dress clinging to her body, her wet hair catapulting cascades of glistening water drops in every direction. Abruptly stopping somewhere between the hydrangea and the rose bed, jumping up and down — then spinning and somersaulting before finally falling, spread-eagled and squealing for joy, into the wet grass. “I am worried for that child,” she said. “I am proud of her,” he answered. “Me too,” she said, with yet another peal of gleeful laughter. 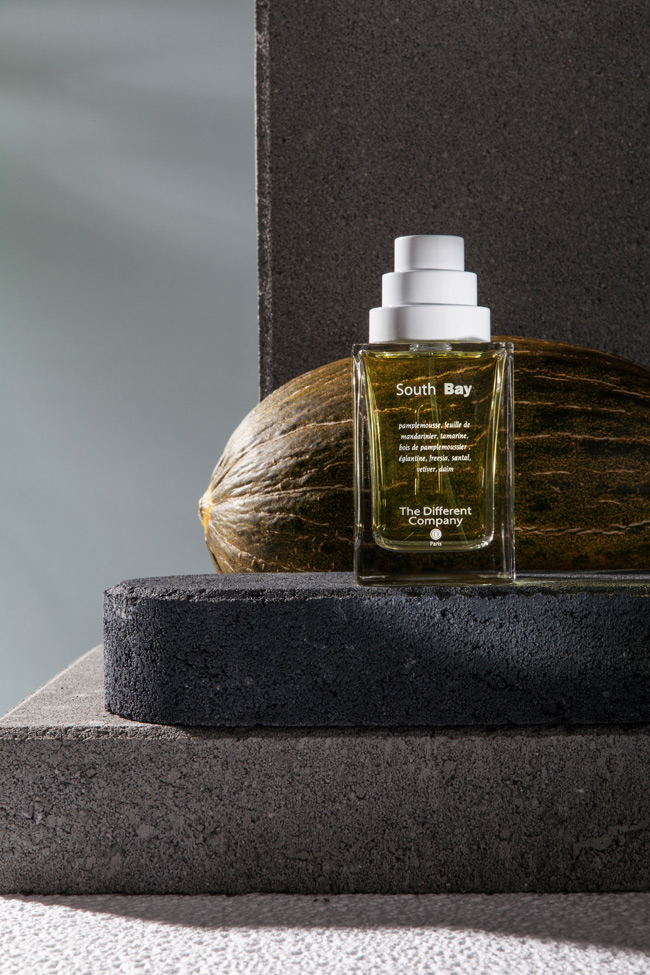 In a remote region of the Pacific Ocean lies an archipelagic state called Summer Islands. Its main island has the shape of a baby elephant and right in the bend of the baby elephant’s trunk you’ll find South Bay.. No other place on the planet offers greener palm trees or finer sand — and the best of it is, the sand is pink! That’s why the natives call this place Pink Elephant Island. Here, the sea breeze fuses with delicious scents from the numerous grapefruit plantations as well as with the notes of sandalwood, rose hip, and vetiver drifting over from the woods. No wonder no one born here ever leaves — or that many a visitor chooses to stay forever, never to return to a neon-lit desk and hideous meeting rooms. 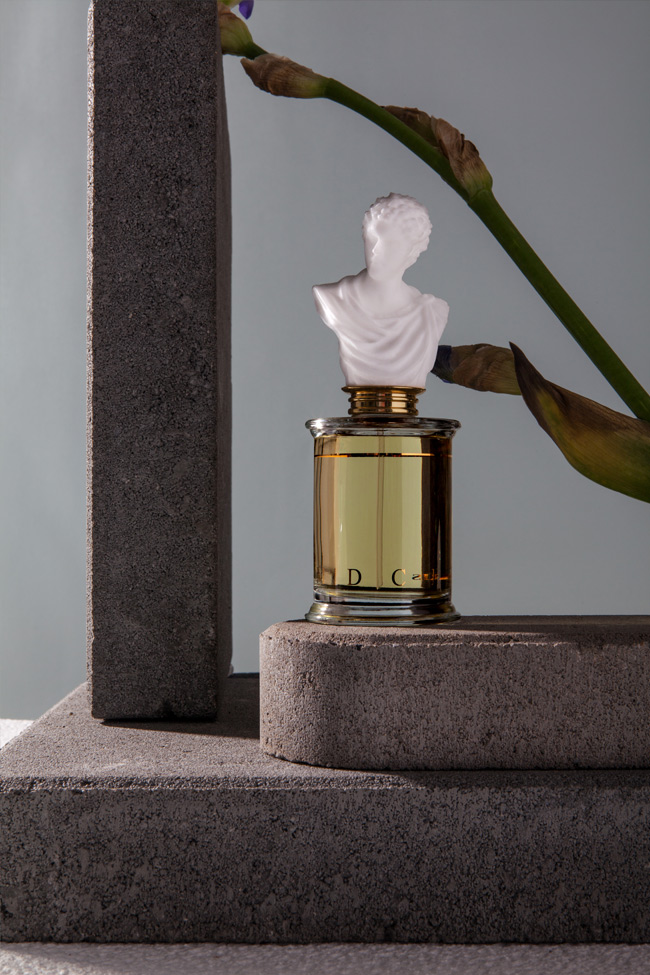 To his astonishment the sun did actually rise. Of course it did: Why would Helios bother to change the course of his chariot? So the sky turned from purple to red, the goldfinch trilled and twittered, and soon, as on countless days before and countless days to follow, the glittering morning dew vaporized under the relentless sun … Ships were underway, carrying soldiers: a mighty fleet. By the end of the day he would be gone — and so, too, would this ancient city, the entire empire. Until this moment he had been full of fear: How exactly would he die? It was the indifference of nature that calmed his soul. “So be it,” he said aloud, as he fastened his toga. Then, deeply inhaling the herb-infused morning air, he took the first of the many steps winding down to the harbor. 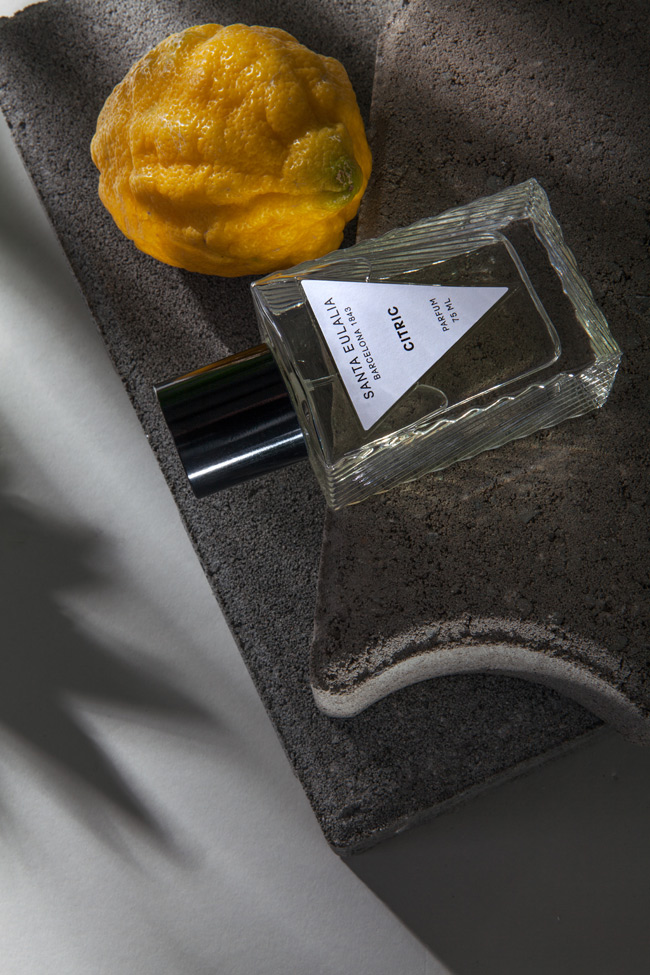 Not for a moment did he ever regret having followed her up north, although he could never have guessed just how cold and damp a place Copenhagen could be, and not only in the wintertime. But she was, after all, the love of his life — and he’d known it the moment he saw her walk down the aisle on that plane and take a seat right next to HIS: seat 14A — his lucky number! Yet there were moments, still, when his thoughts turned to his home country: its venerable, sun-kissed sandstone facades, swallows careening in the sultry air of late afternoon, and inklings of green mandarin, bergamot, verbena, and cardamom. “Thinking of Catalonia?” she’d ask him then. “Yes, but only for a moment — I am here,” he’d reply, and kiss her. 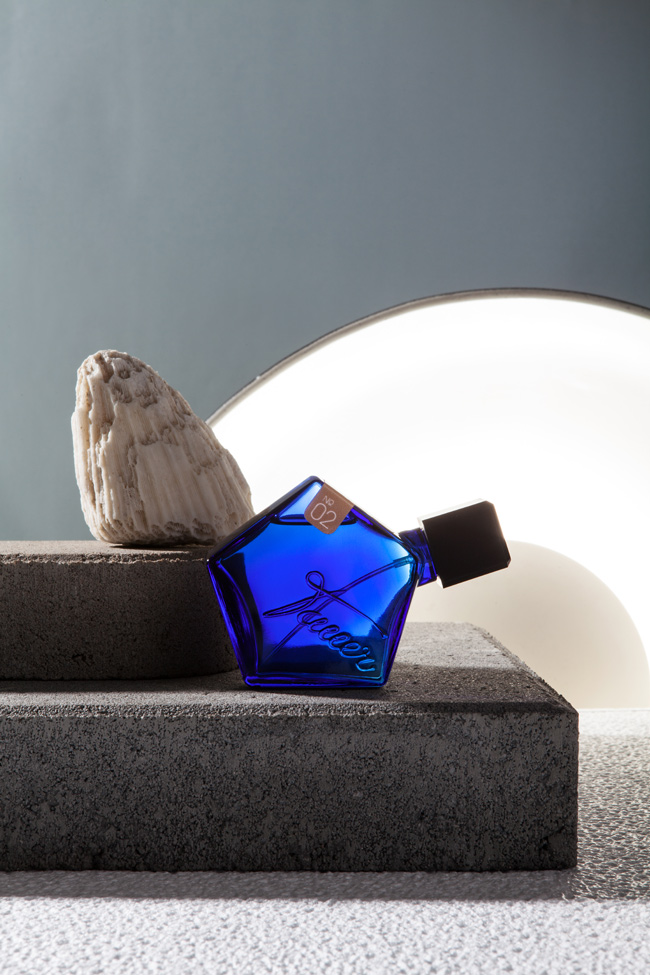 Colorado isn’t exactly the center of the world. Cathy was well aware of that. She was just 15-years-old but the fact that nothing ever happened — and most likely never would — made her feel really old. Time seemed to stretch before her in an endless succession of routines and boredom. Now and then someone would leave for college — her guess was they’d study economics or PR and become one more eager grind in some big city or other. Not an option for her. Nor would anyone ever move here, obviously — until one day a beaten pick-up came along and coughed up a family of five or six that dragged bags and suitcases into a small house mid-way into the wasteland surrounding the city. Wild stories circulated: these people came from Syria or Morocco, and probably were Muslim. People started to lock their doors. To Cathy, the new arrivals looked pretty much like everyone else here: small-town people caught up in small-town sorrows. But they had music, a sort of music Cathy had never heard before: rhythmic, meandering, mesmerizing. From now on, every night, Cathy would sneak to their house, sit on the dusty ground beneath one of the open windows, close her eyes, and let the music suck her in. And suddenly the wasteland turned into an exciting place. She believed she could feel the night winds from the Atlas Mountains caress her skin, carrying with them the scent of coriander, cumin, and sandalwood from the souks, or a hint of jasmine from the well-tended gardens behind ochre- and blue-painted walls. She actually hadn’t a clue what cumin or sandalwood smelled like but she had read about them once in a book. And she really didn’t care, as long as they smelled different and of far away places. 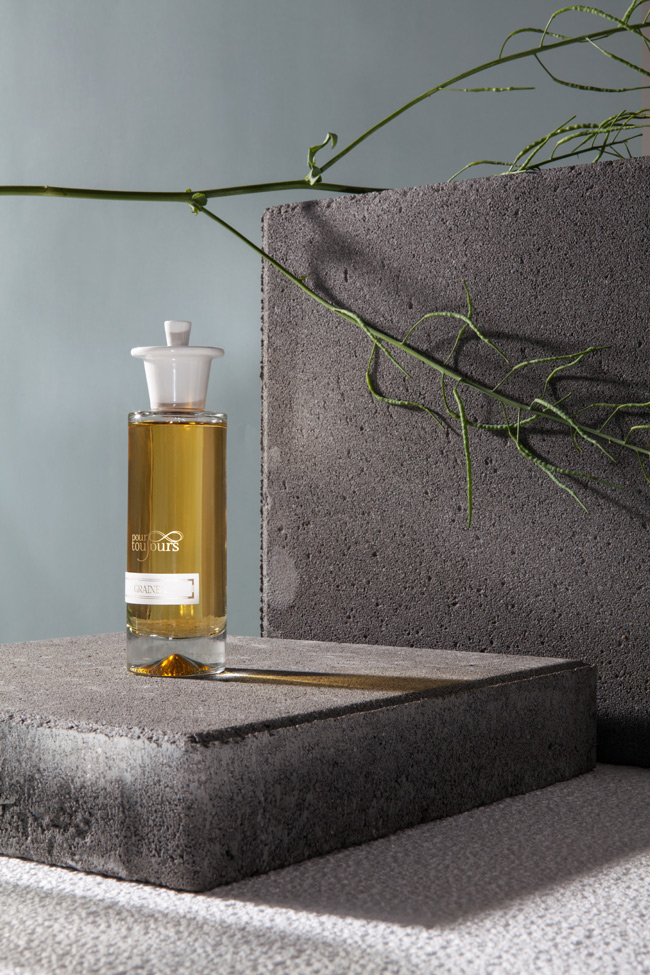 Since her childhood days, Gitti had watched her grandmother work the land surrounding the ancient farmstead. Together they would walk the fields, rub earth between their fingers, break single wheat stems to find the perfect time to mow the heavy golden ears after a long, hot summer. Wheat was on their minds day and night: wheat was life itself, to them. Its ripe, earthy smell was ingrained in the parlor wainscoting, in their clothes, their hair … But when prices plummeted and the land began to yield less and less, they became the laughing stock of the county: Gitti and Gerda, relics of the past. In the end they worked just a small strip of land — alone, since all their field hands had left. But they loved what they did and wouldn’t have changed it for the world. After Gerda died, Gitti tried to go on, but it just wasn’t the same. It was almost as if the land had stopped talking to her, the final word been spoken. An ancient, half-timbered farmhouse on Tegernsee surrounded by ample land, and with pink and red geraniums cascading from the balcony — What was Gitti to do with all that money? Travel the world as far as her no longer quite young body might take her. See how people abroad lived and worked the land. In Burma people grew their vegetables on swimming gardens, she had read … Then: “Mrs. Huber, are you okay?” It took Gitti a moment to realize where that voice came from. First, she noted the beloved smell emanating from the parlor wainscoting then the familiar ticking of the clock in the hall before she finally recognized the friendly face of the town lady sitting across from her at the old kitchen table. “I’m fine,” she said, and smiled. She took the pen, signed her full name, “Brigitte Theresia Huber,” on the dotted line, placed the bunch of keys on top of the contract and pushed both over the table. “Good luck with your plans for the hotel,” she said. “I mean it!” 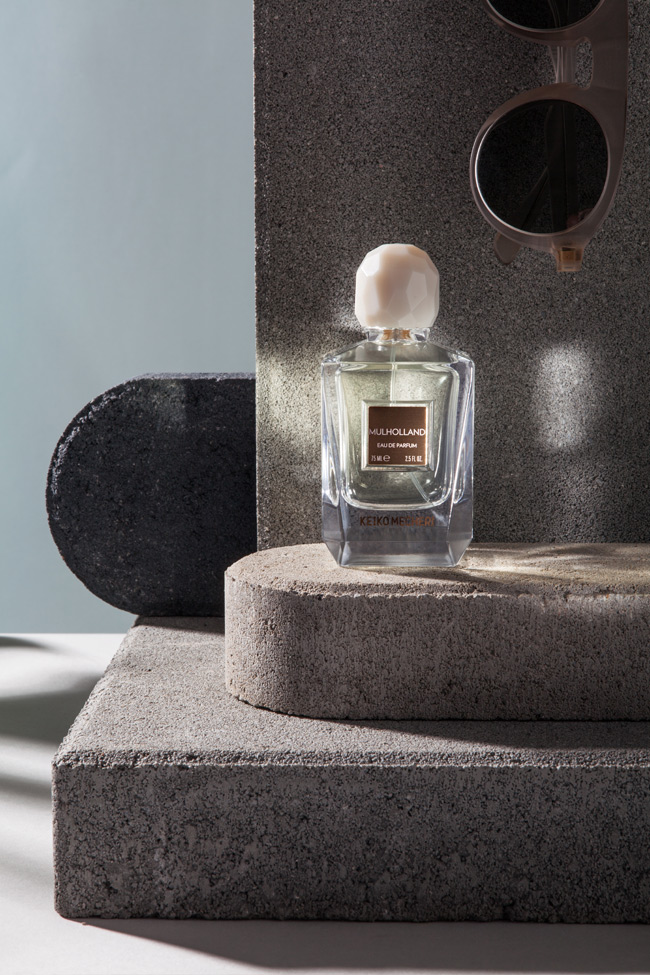 The further you go along Mulholland Drive, away from the city, the more clearly you see L.A. for what it really is: a hungry kraken encroaching on the hills, draining the land of water and talent, and fluorescing at night to attract bait. No better spot to examine this strange creature than a canyon road named for the man who turned lush orange groves into desert, stealing all the water only then to sell it to the Angelinos. Gradually, the day fades and the dry hills release their spicy notes of wood and soil. And when, finally, a surreal pink sets everything alight, you realize that’s exactly why you love being in this city: devour or be devoured, fight to become whoever you’re meant to be, and feel yourself truly alive! 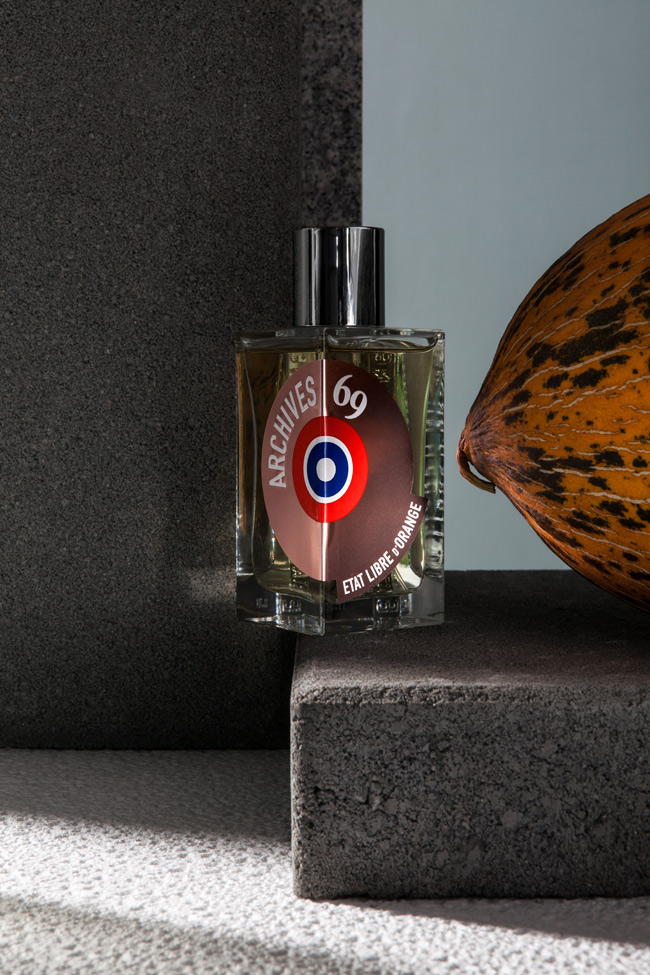 Impossible to resist the monotonous sound of the train rattling its way through endless cornfields as the filtered sunlight seeps through my drowsy lids, rhythmically punctuated by the shadows of telegraph poles. Suddenly, a medicinal smell, almost repulsive yet at the same time comforting and seductive, arouses me from my slumber. I picture the face of a beautiful young girl, the scent of ripe plums and pink pepper radiating from the floral embroidery on her traditional white cotton dress, her blond braids releasing vapors of soft incense, as if she’d just stepped out of a timber church. Finally. I manage to open my eyes and am amazed to find myself looking straight into the bronzed, freckled face of a young soldier who, his backpack and rifle stowed above him on the luggage rack, is feeding with great relish upon fruits from a basket that his granny must have given him for the journey. “Bad dream?” he asks, with a wink. “Have some fruit!” 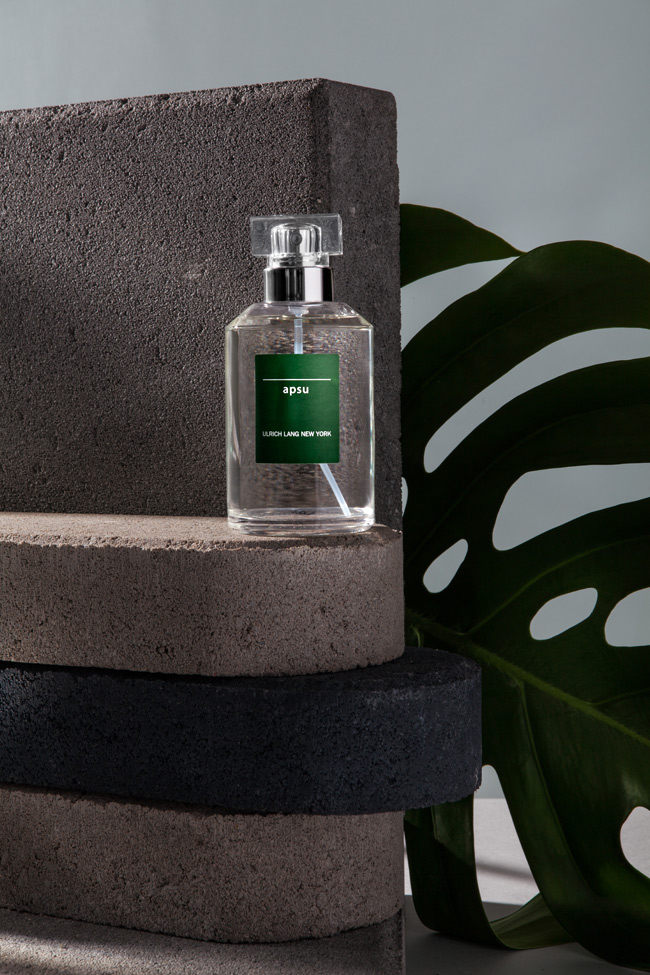 Among the upsides of having the measles was not having to go to Sunday school — and being aloud to sleep in the Green Room, a tiny guest room on the top floor of the house entirely covered in a bold wallpaper depicting exotic jungle plants and colorful parrots. Nick loved this room that in normal times was strictly reserved to visiting aunts and grannies. But the risk of infecting one of his sisters was considered too high, so Nick was granted the unwarranted privilege of staying there until he was no longer contagious. He watched sunbeams during the day gradually wander over the walls, in the evening turn orange and then finally vanish. That was when the wallpaper would come alive: first, an imperceptible movement of a palm leaf here and there, a creaking of one of the branches, a parrot blinking, until suddenly the entire jungle would screech and flutter in an uproar of color and zing. Nick felt he was perched in one of the treetops himself, the hot wind searing his cheeks and his nostrils filled with the smell of the forest’s exhalations: green, vital, and bracing.